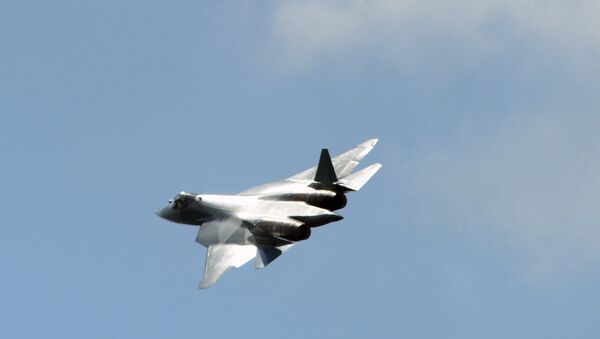 KHABAROVSK (Russia) (Sputnik) - Moscow and New Delhi are going ahead with discussions on the fifth generation fighter aircraft (FGFA) project despite media reports on India’s withdrawal, Yury Slyusar, the president of the Russian United Aircraft Corporation (UAC), said on Sunday.

"We have not closed the topic, we continue to discuss with India the joint development of the fifth generation [aircraft]. The topic is not closed. It was reported quite intensely that the Indians are exiting this project – they are not withdrawing from it, they just ask a really large number of questions, to which, in our opinion, we give exhaustive answers. As before, we proceed from the premise that the amount of technology that we are ready to transmit to India, no other country is not ready to transfer," Slyusar told the Rossyia 1 broadcaster.

The project implies that India will not only acquire new generation fighter jets, but will also launch their licensed production, according to the executive. Slyusar expressed his hope that the sides would switch to the design stage soon.

Under the Russian-Indian FGFA project, both sides would invest $4 billion each at the developmental stage, while the total cost of constructing 127 fighter jets is estimated to amount to $25 billion. In the project, the Russian side is represented by the Sukhoi aircraft manufacturer and the Indian side by Hindustan Aeronautics. The initial FGFA agreement was signed in 2007, the final agreement, which will include the project's financing conditions, is yet to be signed.