At Least 3 Dead, 38 Injured as Bus with Ukrainians Plunges Over Cliff in Poland 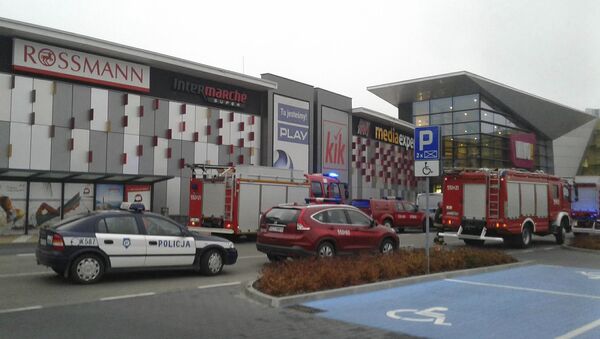 © AP Photo / Rafal Baran
Subscribe
International
India
Africa
The bus had been traveling from the Ukrainian city of Lviv to Vienna late Friday when it missed a turn on a national highway near the village of Leszczawa Dolna, Southeastern Poland and crashed through the guard rail, AFP reported.

The bus plummeted off the road and overturned several times, Poland's fire service spokesman Grzegorz Latosekf was quoted by AFP.

As a result of the incident, three people were killed. According to the Ukraine's foreign ministry, 38 tourists were injured, one of them remains in serious condition.

According to the AFP report, Polish Prosecutors said earlier that the bus driver had been charged over the accident, with initial reports suggesting he had been driving at between 70 and 80 kilometres (between 40 and 50 miles) an hour in a 30 kph zone.