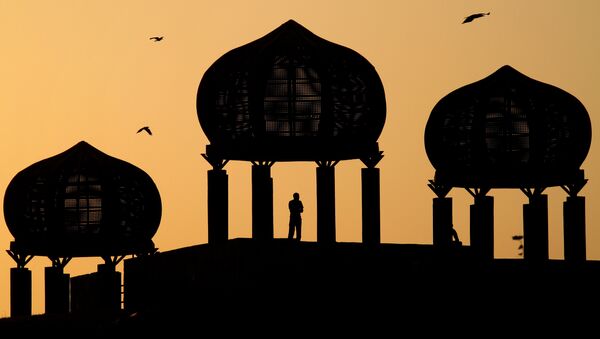 © AP Photo / Anjum Naveed
Subscribe
A six-member delegation of the Asia Pacific Group on Money Laundering, which included officials from the US, Turkey, China and the UK, visited Pakistan to assess the implementation of the recommendations of the Financial Action Task Force (FATF) for curbing money laundering and the financing of terrorism.

New Delhi (Sputnik): The Asia Pacific Group on Money Laundering has pointed out the flaws in Pakistan's legal framework, adding that this could affect the country's response to requests for mutual legal assistance from foreign countries in money laundering cases.

The visiting team has asked Pakistan to enact the appropriate laws, enabling local officials to act upon foreign countries' requests to freeze illegal assets and make the financing of terrorism and money laundering extraditable offenses, according to local media reports.

US Slams, China Praises Pakistan’s Counterterror Efforts
The team, comprised of officials from the US, Turkey, China and the UK, has been tasked with assessing the legal and administrative arrangements made by Pakistan for implementing the Financial Action Task Force (FATF) recommendations for curbing money laundering and financing terrorism.

Pakistani authorities have also been asked to give predicate offense monitoring powers to the Security and Exchange Commission of Pakistan and the National Accountability Bureau.

The APG's Mutual Evaluation report can play a crucial role in whether Pakistan is removed from the gray list or not after September of 2019.

The APG delegation will visit Pakistan again in October to review the country's progress.

The Financial Action Task Force (FATF) is an inter-governmental body established in 1989 to combat money laundering, the financing of terrorism and other related threats to the integrity of the international financial system. The FATF added Pakistan to its gray list of countries involved in providing financial support to terrorism and related causes in its meeting in Paris in June this year.

Meanwhile, according to media reports, the caretaker Finance Minister of Pakistan, Dr. Shamshad Akhtar expressed her country's commitment to fully cooperate with Asia Pacific Group and FATF and support the delegation to complete its task of mutual evaluation on Friday.