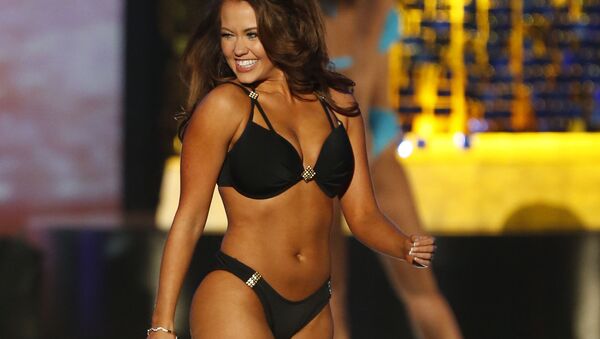 © AP Photo / Noah K. Murray
Subscribe
International
India
Africa
The parent organization of one of the biggest beauty pageants in the United States recently came under fire after one of the event’s former participants brought forward claims of bullying and manipulation.

Cara Mund, the winner of the latest Miss America beauty pageant, has slammed the Miss America Organization’s chairwoman Gretchen Carlson and CEO Regina Hopper for systematically silencing and bullying her.

"Let me be blunt: I strongly believe that my voice is not heard nor wanted by our current leadership; nor do they have any interest in knowing who I am and how my experiences relate to positioning the organization for the future," Mund wrote in a letter sent to former Miss Americas. "Our chair and CEO have systematically silenced me, reduced me, marginalized me and essentially erased me in my role as Miss America in subtle and not-so-subtle ways on a daily basis."

'It's a Shame': British Model Blasts 'No Swimsuit' Miss America Pageant
She also complained that she was allegedly excluded from interviews and meetings and “addressed by the wrong name.”

According to The New York Times, Mund herself "did not answer calls, texts or an email asking for more specifics" regarding her letter, while the Miss America Organization claimed that it is "disappointing" that Mund "chose to air her grievances publicly not privately."

"Her letter contains mischaracterizations and many unfounded accusations. We are reaching out to her privately to address her concerns," a statement issued by the organization said.

Earlier, Carlson, who was awarded the Miss America title in 1989 and who was elected as chairwoman of the board of directors of the Miss America Organization on January 1, 2018, announced that the pageant was ditching the swimsuit part of the contest.

While representatives from 22 pageants signed a petition demanding that the new Miss America board step down, including Carlson and Regina Hopper, as many as 30 former Miss Americas penned a letter expressing their “full support” for Carlson and other board members.