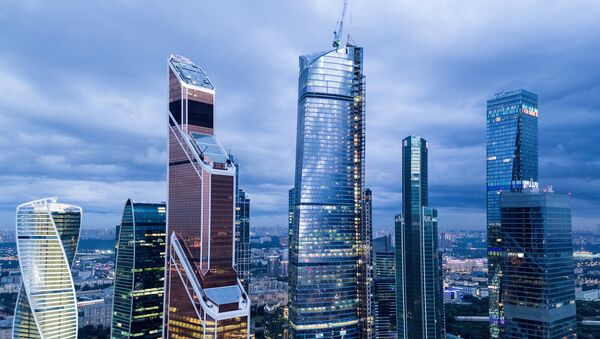 MOSCOW (Sputnik) - Nearly 8 percent of Russian sovereign debt is held by US-based individuals and organizations, a study by the first national rating agency ACRA has revealed.

The agency estimates the share of Russian debt held by Americans at 719 billion rubles ($10.7 billion), according to a report obtained by Sputnik.

Weaponizing the Debt: How Dumping of US Treasuries May Dethrone the Dollar
As of January 2018, the majority of Russian debt holders (66 percent) resided locally, 7 percent was held by residents of Luxembourg, and 1.4 percent by Norwegian residents. British, German, Italian and other EU residents together held 4.6 percent of Russian national debt, or 382.9 billion rubles. Residents of Canada held 47.7 billion rubles in debt and the Japanese own 46.5 billion.

A new US sanctions bill introduced by US senators in late July aims to block dollar-denominated transactions by Russian banks and US nationals’ operations with the country’s sovereign debt.

Russia's Holdings of US Treasury Bonds Remain Relatively Unchanged at $14.9Bln
Meanwhile, the Russian Finance Ministry said earlier that domestic investors' demand would be enough to implement the program of federal loans even without foreign investments in case the US imposed sanctions against Russia's state debt.

Russian internal borrowing amounts to 1.044 trillion rubles (about $16 billion) in 2018. Apart from Russian banks, retirement funds are increasing investment in federal bonds against the background of the Bank of Russia's policy on minimizing retirement investment risks.

Moreover, according to the Central Bank of Russia (CBR), shortly before a meeting between Russian President Vladimir Putin and US President Donald Trump, nonresidents invested over $500 million in Russian government bonds.

Another Round of Sanctions ‘May Have a Healthy Effect on the Russian Economy'
The increase in international investors’ fears over trade wars and the slight restoration of their appetite for risk were the main trends of July, according to the Bank of Russia.

This resulted in the outflow of capital from states with an emerging market economy in comparison to June, which, in its turn, stabilized the dynamics of the Russian capital market.