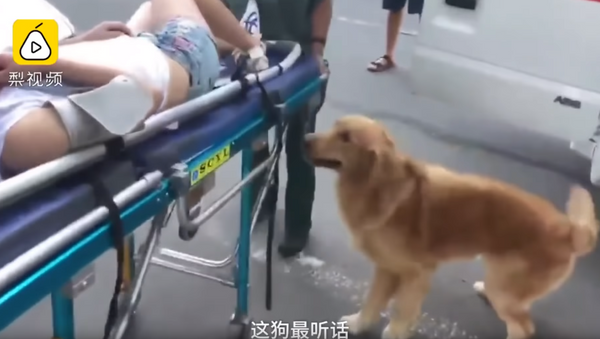 A true friend until the (possible) end.

A golden retriever's sense of urgency and loyalty on the streets of Heilongjiang, China's, city of Daqing has captured the hearts of countless netizens.

First going viral on Chinese social media a few days earlier, the Viral Paws footage begins with the golden retriever keeping a reasonable distance from his owner, who unexpectedly fainted on the city sidewalk. It's not until she is carted away to an ambulance that the pooch feels the need to get closer and perform his own wellness check before the other humans get too involved.

Seemingly skeptical of the paramedics and fearing abandonment, the golden retriever confidently hops into the back of the ambulance and accompanies his woozy human until nurses gave her an all clear.