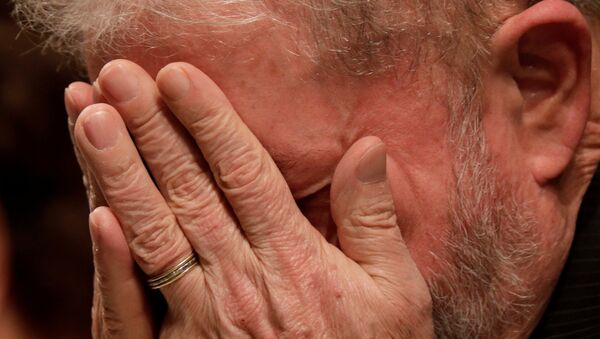 The UN Human Rights Committee urged Brazil on Friday to ensure that political rights of Brazil’s jailed former president are observed given that he was registered as a candidate for the upcoming presidential election.

Brazilian Workers' Party Registers Jailed Silva for Presidential Race
"The UN Human Rights Committee has requested Brazil to take all necessary measures to ensure that Lula can enjoy and exercise his political rights while in prison, as candidate in the 2018 presidential elections. This includes having appropriate access to the media and members of his political party," the statement reads.

The committee also urged Brazil to refrain from hindering Lula da Silva from participating in the election until after his court appeals were completed.

Brazil Prosecutors Ask Appeals Court to Keep Ex-President Silva Jailed - Reports
"The committee's conclusions are advisory in nature and have no legal effect. The committee's findings will be forwarded to the judicial authorities," the ministry said as quoted by Folha de Sao Paulo media outlet.

The 72-year-old began serving his 12-year prison sentence in April on charges of accepting a luxury apartment as a bribe from a construction firm in return for concessions, a claim he denied. Lula da Silva served as president from 2003 to 2010 and remains very popular in the country.