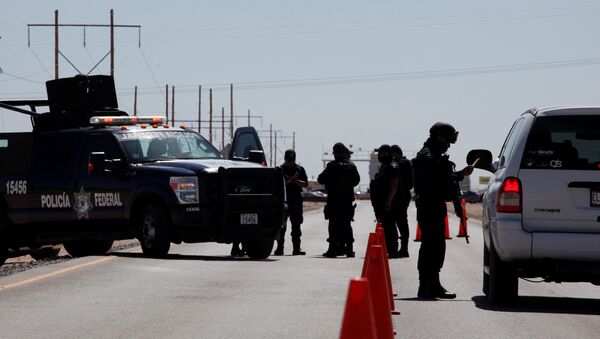 © REUTERS / Jose Luis Gonzalez
Subscribe
International
India
Africa
MEXICO CITY (Sputnik) - The Mexican Attorney General's Office has announced a reward of 30 million pesos (about $1.56 million) for information that would lead to the capture of the head of the Jalisco New Generation drug cartel, Nemesio Oseguera Cervantes, known as El Mencho.

Mexico President Mulls Amnesty to End Drug War – Reports
The Jalisco New Generation cartel is now considered one of the most powerful in Mexico. In 2015, members of the group attacked a military helicopter, killing eight people, and then a police patrol on one of the highways, killing 15 policemen and injuring another five. The casualties were among the largest for the Mexican police in recent years.

Attack on the helicopter was committed during a large-scale operation of the authorities against the cartel.

In response, the bandits not only shot down the helicopter, but also arranged riots in the streets of Mexico's second-largest city of Guadalajara, burned dozens of cars and gas stations and destroyed bank branches.

Underwater Tunnel Used to Smuggle Drugs Discovered on US-Mexico Border
A policeman and eight criminals were killed in the clash.

Also, a popular 17-year-old blogger, nicknamed Pirate from Culiacan, was allegedly shot after an offensive remark of a sexual nature toward El Mencho.

Since 2006, over 200,000 people have been killed or disappeared in Mexico amid the ongoing war between country’s drug cartels.