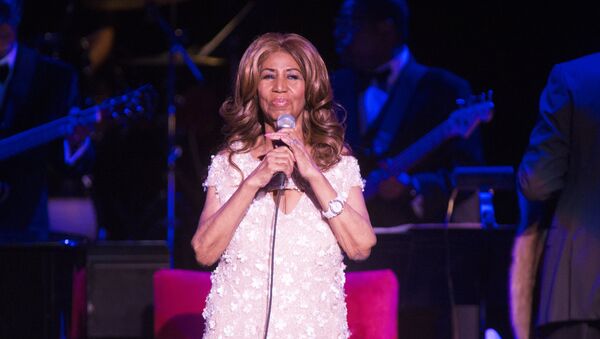 How do you honor the life and legacy of legendary singer Aretha Franklin? According to Fox News, just throw up a picture of Patti LaBelle.

On Thursday, following reports that Franklin had died at the age of 76 due to advanced pancreatic cancer, Fox News broadcast a lengthy video featuring the Queen of Soul throughout her life.

Now, while the footage might've come from a sincere place, it had a major mistake. Some three minutes into the segment, a picture of Franklin comes up with the text "1942 — 2018." Seen in the corner of the image, however, is a picture of singer Patti LaBelle in action, not Franklin.

​That photo of LaBelle is from her 2014 performance of "Over the Rainbow" for then-US President Barack Obama.

​And while Fox News didn't realize the error, netizens sure did, and they didn't hold back.

​It's safe to say that Franklin herself is probably rolling over somewhere, as she reportedly didn't exactly have the best relationship with LaBelle, dishing the shade whenever she could.

Take for instance that time auntie Aretha called out LaBelle for lying about her age to Oprah Winfrey.

​And, of course, there was the time the shade queen snubbed LaBelle at the White House back in April of 2014 during the "Women of Soul" concert.

​Despite all the shade, LaBelle did offer her own tribute to the queen, calling her "a rare treasure whose unmatched musical genius helped craft the soundtrack to the lives of so many." Consider the hatchet buried.