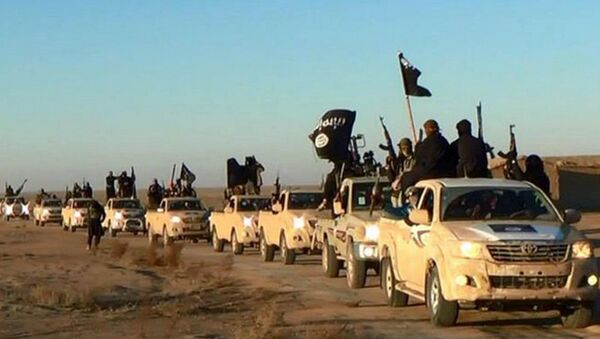 © AP Photo / Militant website via AP, File
Subscribe
DUHOK/KOJO (Iraq) (Sputnik) - This August marks the fourth anniversary of the massacre carried out by the Daesh terrorist group against the Yazidi population of the northern Iraqi district of Sinjar, which left thousands of representatives of this religious minority executed, tortured or enslaved.

Story of Yazidi Village of Kojo

The small Yazidi village of Kojo, located on the border with Syria, was peaceful and safe until August 2014, when it was captured and destroyed as a result of the Daesh offensive. Terrorists demanded that the Yazidis surrender and, after the latter sought to offer resistance, launched a bloody massacre. In November 2017, the Kurdish Peshmerga liberated the city.

To find out more more about these tragic events, Sputnik spoke with local resident Maher. Maher was far from home when the attack happened but lost all his relatives, who were killed by militants attacking the village.

"There were 1,700 people in the village, 400 of them were away from Kojo at the moment of the attack. The rest turned out to be under control of Daesh militants. They killed them in groups … They did not need women aged over 50, they killed all of them," Maher told Sputnik.

He said that militants had taken young girls and women with them, and their ultimate fate was mainly unknown.

"Then, we found out about some of them. Some of them were killed in bombings, others committed suicide, some returned from captivity with the help of good people, some were killed along with militants or during attempts to escape. Some remain unaccounted for, and we know nothing about them," Maher pointed out. 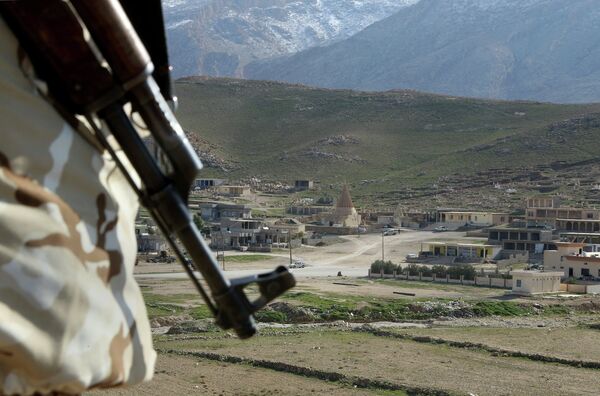 In this Sunday Jan. 11, 2015 photo, a Yazidi fighter protects the Sharaf al-Deen temple shrine, one of the holiest for the Yazidis, a religious minority whom the Islamic State group considers heretics ripe for slaughter, in Sinjar, northern Iraq
© AP Photo / Seivan Selim

All male members of Maher’s family were killed by militants, while the plight of sisters remains unknown.

"I found out that my whole family was killed, my father and brothers, nephews. I know nothing about my sisters. In the village, I had a total of 44 male relatives, there well all killed and were buried in mass graves," he said.

Maher, just like many, had no choice but to join Kurdish militias to free his home village.

We were speaking with Maher near a school village. It was the place where the militants brought together all the villagers and separated men from women. Militants offered them to convert to Islam or die. After their refusal, some civilians were killed, others became captives and were taken to unknown destinations.

UN Report Claims Daesh Has 30,000 Fighters Between Iraq and Syria
Men have been driven away on trucks and were shot down in the field. Bodies of those killed fell on those who were still alive. As result, some of them managed to escape execution and flee.

Despite being injured, Khasan and Kichi fled to Duhok in Iraqi Kurdistan, when they received help from Peshmerga and resided in the mountain valley village of Lalish, the home to the holiest Yazidi temple.

The plight of Daesh Female Captives

Her account of events is pretty much the same. Militants sought to force Yazidis to convert to Islam. She was separated from her mother and younger sister.

Zeinab said that she and her female peers were kept in a room in some house out of the village. Young men entered the room and chose girls meant to becomes their captives. Girls were taken from Sinjar to Mosul and then to Tal Afar.

At first, militants "sold" Zeinab to the family of a 70-year-old man. Then he transferred her to some militant and she became his servant. The militant later "put me on sale," according to Zeinab, and she ended up in Syria's Deir ez-Zor.

"I sought to defend myself from the man who bought me and did not let him approach me, refused to convert to Islam. One day, he gave me food and [soon] I lost my consciousness. Then I found out that he had raped me," Zeinab said.

Ultimately, a man from Deir ez-Zor helped her to flee to Raqqa. Them some family in Raqqa contacted a man and pledged that she would soon be returned to Duhok.

Terror Charges Against Briton Who Joined Kurdish Militia to Fight Daesh Dropped
This man was a mediator between people smugglers and Kurdish authorities, who allocate money for the rescue of Yazidis in Iraq and Syria and their return home. Due to these efforts, Zeinab and other girls were returned.

According to the statistics of the Kurdish Ministry of Awqaf, 6,417 Yazidis were abducted, including 3,548 woman and 2,869 men. A total of 3,155 were rescued from captivity, while 3,102 are believed to be still in captivity.

Thousands of Yazidi children were abducted by the Daesh group. The majority were forced to train in Daesh military camps.

Shalyal was one of such children. He was seven years old when the militants seized the village of Kojo. The boy’s whole family was taken captive except for their father who was away from the village. Daesh militants transported Shalyal and his four-year-old brother them to Syria. They spent several months in Raqqa.

"The camp was [meant] to teach us to handle guns and read the Koran. They taught us how to shoot and assemble a rifle, how to kill. They taught us precision and targeted shooting," the boy told Sputnik. 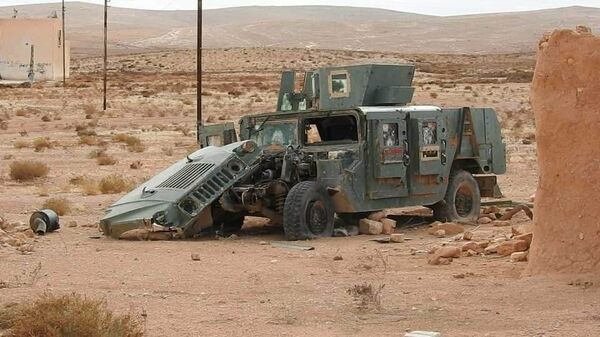 The boys then were taken to Iraq's Mosul. One day, Shalyal managed to ask a local butcher to give him a mobile phone to contact his father.

READ MORE: 'They are Worse Than Taliban': Afghan Daesh Victims on Terrorist Atrocities

Shalyal's father ultimately managed, with assistance from the Kurdish authorities, to contact smugglers and return the sons to Duhok.

"We paid big money to smugglers, some of them were Daesh militants who exploited out grief to earn money. Sometimes, they demanded for the son’s return from $6,000 to $8,000, sometimes even – $10,000," the father said.

In February, Shalyal’s father also managed to return his wife and daughter, who had been held captive by the terrorists in Raqqa province.