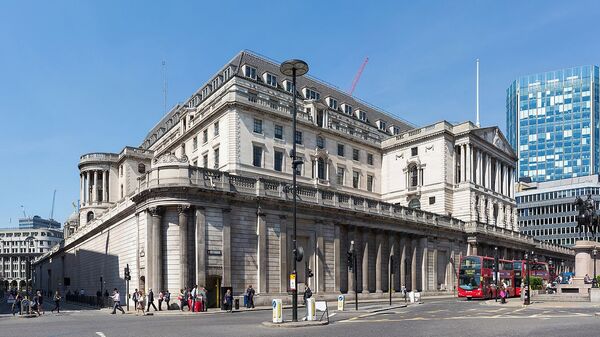 A new survey released Thursday shows that most British people do not trust banking institutions and feel that not enough was done to punish them for the 2008 financial crisis.

Public opinion continues to fall despite banks paying billions in penalties for fraud and misconduct, and banks have to go even further to rebuild trust, it reduced.

The survey indicated that 66 percent of British adults do not feel that banks work in their interest. A mere 20 percent said that they do and 13 percent did not know.

When asked if they were worried about banks causing another financial meltdown, 17 percent said they were very worried, 46 percent fairly worried, 24 percent were not worried and only 3 percent had no fear at all, with 10 percent stating they were not sure.

As 10th anniversary of Lehman nears, a Positive Money/Yougov poll finds:
— 66% of Britons don’t trust banks to work in best interests of UK society
— 72% says banks should've faced more severe penalties for role in financial crisis
— 63% are worried banks may cause another crisis

Following the crisis, banks have shelled out $320 billion after regulation committees charged them with a host of misdeeds, including securities fraud and rigging interest rate and foreign exchange rate benchmarks, Reuters stated. It also cited Lloyd's Bank and the Royal Bank of Scotland (RBS) as the biggest offenders.

"The finance sector takes its responsibility to wider society extremely seriously and has undertaken significant reform in the last 10 years to ensure that the taxpayer should never need to bail out a bank again," a UK Finance spokesperson representing the banking industry said.

RBS received a £45.5 billion bailout during the height of the financial crisis, which has infuriated British citizens. Many are upset because they feel they will never recoup the bailouts in a time of severe austerity.

The U.S. Justice Department said on Tuesday that RBS will pay $4.9 billion in a court settlement after the bank defrauded investors on mortgage-backed securities from 2005-2008.

"We haven't looked at RBS for ten years…I would take some persuading that a company that been as comprehensively ruined as RBS, was fully restored to health," said Tony Yarrow, fund manager at Wise Funds Ltd.

Banks enjoy billions in public subsidies each year, but only a fifth of us trust them to serve our interests.

We should demand better ✊https://t.co/CCxxTwSTHL

To commemorate the ten-year anniversary of the Lehman Brothers collapse, Positive Money has planned a massive demonstration in front of the Bank of England September 15.

The organization has outlined plans for a major protest alongside other civil society groups such as Stamp Out Poverty, Unite, and Global Justice Now in a show of solidarity "for justice for the public who have paid the price of a crisis caused by the banks," it stated.

Is it any surprise our latest polling found that two-thirds of the British public don't trust banks to work in the best interests of society?https://t.co/zsoJEUhy1X

"Despite [the] financial sector's complacency, people know that nothing has really changed since the last crisis. As in the run-up to the 2008 crash, banks are still making most of their money from gambling on property and other financial assets, paying themselves huge bonuses while things have got worse for everyone else," Positive Money executive director Fran Boait said in a statement.

"The tenth anniversary of the crisis must be an opportunity to change the banking sector so it works in the best interests of society. This may be the only way to avoid another financial crisis, that so many Britons fear."