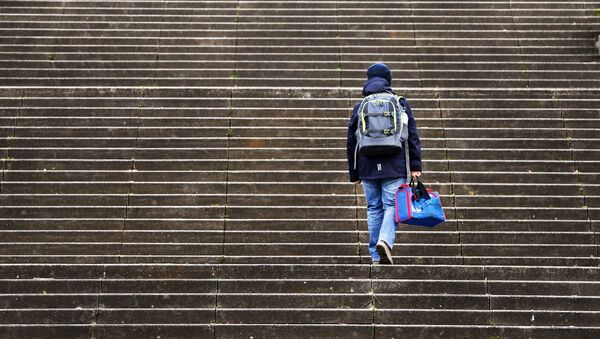 One report paints a grim future ahead for German education and day care systems, despite billions in tax surpluses for municipalities. According to it, even with financing building renovations may take years.

German schools and day care centers lack around €55 billion in funding for major overhauls and new buildings, the report by state-owned KfW development bank says. According to study, the larger the municipality is, the larger the gap between existing and required funding, especially in North Rhine-Westphalia and southern Germany. Schools are currently missing €48 billion in funding and €7.6 billion is needed for day care facilities.

Despite municipalities expecting to have several billion in surpluses this year, they won't be able to spend all the cash on investments in these facilities, the report says. The bank outlines several reasons behind that, namely increased construction prices, which "eats up" a significant part of the investment and capacity bottlenecks in the construction industry, including bureaus in Germany.

"This happened as a result of the budgetary priorities of the past several decades, which were not oriented to the maintenance and expansion of infrastructure," KfW Chief Economist Dr. Jörg Zeuner said.

Still even without these constraints, the situation remains quite complicated as according to KfW estimates; with the existing level of funding the restoration of facilities and creation of new ones will take almost seven years. These calculations don't take into account that the existing buildings must be maintained, while new ones are being built.