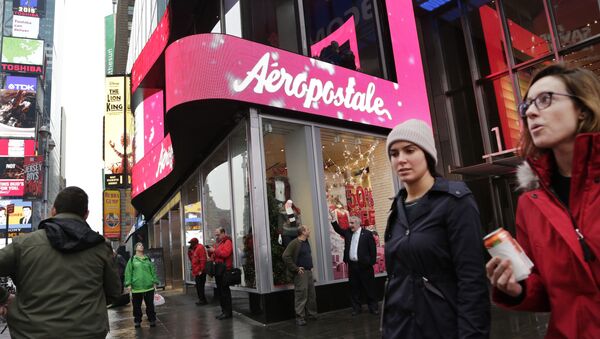 In a Facebook post calling on residents for their help, Missouri's St. Louis Police Department posted an ad Monday in the hopes of getting in contact with a woman who was described as being "too old to be wearing Aéropostale."

Officials additionally described the woman as being a white female with a thin build and blonde hair. 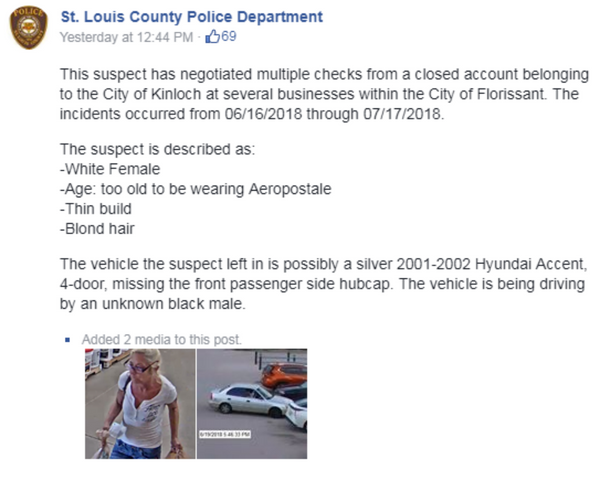 According to police, the woman was wanted for negotiating several checks from a closed account belonging to the City of Kinloch from June 16, 2018 to July 17, 2018.

Although the post was edited to not include the description two hours after it went live, hundreds of Facebook users flocked to the ad to offer their thoughts.

"I don't know who is handling your social media posts of late, but give them a raise!" Stacy Dempsey wrote. "Too old to be wearing Aéropostale. OMG."

Another user suggested that the department likely published the post on purpose in order to put the word out about the woman.

"I think the age comment is hysterical, but also think this was very purposefully done to make sure people all read the post and really look at her picture," Lynn Raney wrote. "Not to mention it's a post that probably gets shared more because of the description. And every time a person comments on the post it bumps it. There's some smart thinking and a great sense of humor behind this post."

But not everyone thought it was the greatest thing since sliced bread. For some, the description was just wrong. "Harassing women based on their clothing is horrible! So sexist. So ageist. Unacceptable behavior from those who we require to be professional when interacting with the public," Michelle Grotts wrote.

Police later revealed on Tuesday that the woman "has been taken into custody."

According to reports, Aéropostale typically targets their clothing to those aged between 13 and 17. However, that's not to say those outside the target age group haven't sported an Aéropostale shirt or two.