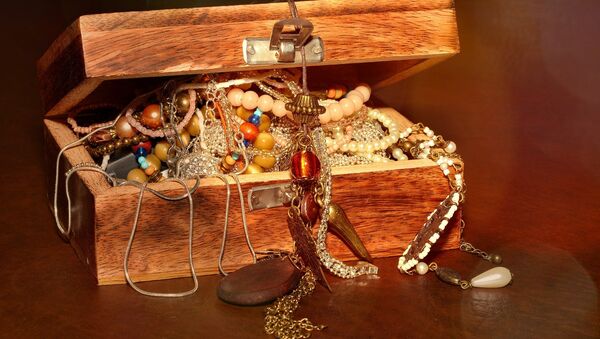 South Korean police suggest that a firm that boasted in July that it had discovered the Dmitri Donskoi, a sunken Russian ship loaded with approximately $190 billion in treasure, was in fact running a fraud scheme which was meant to woo investors into a new cryptocurrency.

Investigators have reportedly launched a probe into Shinil Group, a South Korean company that claimed last month that it had discovered a $190 billion treasure-trove inside the wreck of a century-old sunken Russian warship, Yonhap reports.

The company announced that it would dish out 10 percent of the sum for the launch of a new cryptocurrency system, while its Singapore-based affiliate was trying to sell cryptocurrency based on the potential value of the shipwreck.

However, after speculations rose that the whole treasure story could be a scam, the company shut down all operations, including its official website.

Seoul police are questioning two former senior Shinil officials as part of an ongoing fraud investigation. The head of the Singapore unit, who reportedly fled to Vietnam after he was involved in another fraud case in 2014, has been added to an Interpol wanted list for his involvement in the Dmitri Donskoi case.

Dmitri Donskoi was a Russian warship, scuttled by the crew off the South Korean island of Ulleungdo in 1905, after being damaged in the Battle of Tsushima during the Russia-Japan War.