Iran Will Safeguard Trade in Territorial Waters Amid US Sanctions – Admiral 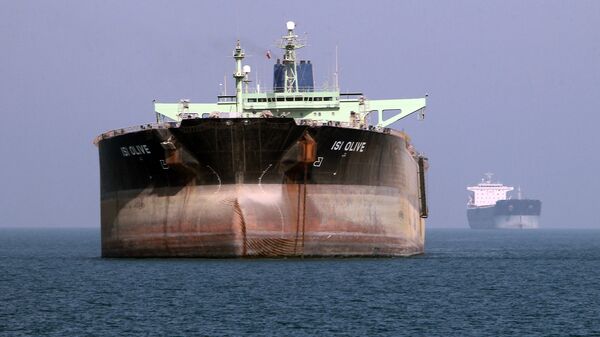 Iranian Navy Commander Rear Admiral Hossein Khanzadi has pledged that the country will maintain security for marine trade routes in Iran's territorial waters in the northern and southern areas, according to Fars news.

"The [Iranian] Navy will guarantee safety of all Iranian exports and imports in Northern and Southern waters, where 90 percent of the exports and imports are being conducted. We are equipped with the most complicated infrastructure and manpower to ensure sea, air and coastlines security," he underscored.

The statement came after Khanzadi noted that the security of the Strait of Hormuz, which he said would be maintained by Iran's navy and the Islamic Revolution Guards Corps (IRGC), will "influence those who threaten Iran by using their petrodollars."

"If any oil faucet in the region is turned on and the petrodollars go to the pocket of those who threaten Iran, it will definitely have an impact on the security of the Strait," he pointed out.

Earlier this week, Iranian Foreign Minister Mohammad Javad Zarif, for his part, warned the US that its attempts to stop Iranian oil exports will ultimately fail. He cautioned Washington against maintaining the "simplistic and impossible idea" of halting Tehran's oil exports and reminded that the US will face "consequences" otherwise.

READ MORE: Iraq to Stop Trading With Iran in US Dollars Due to Sanctions — Gov't Spokesman

The comments come as the first batch of US sanctions against Iran, previously lifted under the 2015 nuclear deal, came back into effect early on Tuesday under an executive order signed by President Donald Trump.

'Psychological Warfare': Iran’s President Slams New US Sanctions
In early July, IRGC commander Ismail Kowsar made it plain that Iran may close the Strait of Hormuz to oil traffic from the Persian Gulf if the United States renews sanctions against the Islamic Republic.

In May, President Trump announced that the United States would withdraw from the landmark 2015 Iran nuclear deal and re-impose sanctions on Iran that were lifted under the agreement. He said that the re-imposed sanctions will affect any company doing business with Tehran.