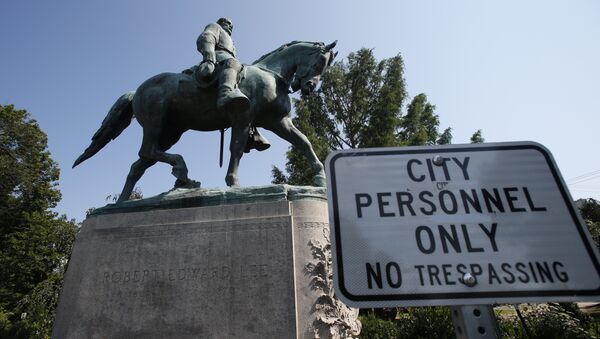 One year after a march by white nationalists in the Virginia city of Charlottesville resulted in the death of a young woman at the hands of an avowed neo-Nazi, officials have declared a state emergency while a sizeable contingent of officers has been mobilized to prevent a recurrence of the tragedy.

Streets in the normally quiet college town of Charlottesville have been blocked by security forces touting necessary precautions, a move applauded by many residents but criticized by those who plan a commemoration ceremony, according to the South China Morning Post (SCMP).

What some label a security overreaction by the city is primarily the result of findings by an independent investigation into the deadly 2017 march — that identified last year's chaos as a result of an overly passive police response coupled with insufficient preparation and poor coordination between local, state and federal law enforcement agencies.

Charlottesville city officials earlier refused to issue a permit for a 2018 repeat march by those same white nationalists responsible for last year's march and subsequent violence.

The white supremacists, stymied in Charlottesville, subsequently turned their attention to Washington DC, where a so-called white civil rights rally has been planned for Sunday.

Previously, Virginia Governor Ralph Northam and Charlottesville city officials declared states of emergency, pointing to the "potential impacts of events" in the normally sleepy college town due to the tragedy's anniversary.

Some $2 million in additional cash to pay for law enforcement has been made available by the emergency measure, and will include the presence of the Virginia National Guard.

Access to many areas in the city will be restricted and a ban on masks as well as the display of items including skateboards, catapults, glass bottles, bats and knives will remain in effect until Monday.

In Virginia it is legal to openly carry a licensed firearm, although there has been no report as to whether weapons, including guns, would be allowed in the city over the weekend.

000000
Popular comments
Great majority of the so called "Neo-Nazi" organizations are created and run by kosher Huns. Their uncharacteristic slogans and unreasonable behaviors are designed to spark a race war under the banner of 'white civil rights'. They are simply repeating what they did for Blacks. The designers behind the curtain are cashing in on over half a century of a systematic maligning campaign of Nazis on one hand and on the other hand, fueling internal race clashes that will culminate in mutual destruction of all parties except the real one.