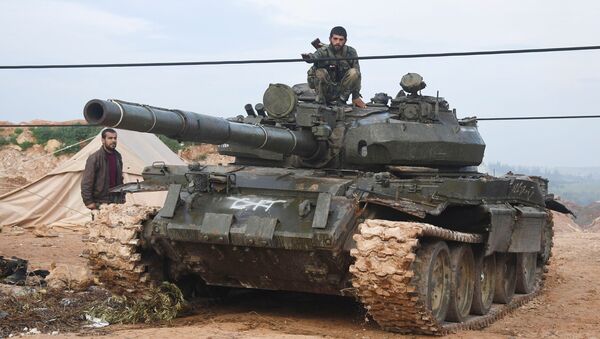 The clampdown came a month after Hama governor Mohammad Abdullah Hazzouri said that about 20 percent of refugees have returned from temporary housing to their homes in the province as the government troops continue to cleanse the region from militants.

Scores of al-Nusra Front* terrorists have been killed and dozens more injured after  Syrian Army units based in Hama province's countryside  attacked safe heavens of jihadists along Hama's  administrative border with Idlib province, according to the Syrian Arab News Agency (SANA).

During the offensive, the government troops launched artillery strikes on the terrorists stationed in the villages of Waset, al-Mansoura and al-Ziara in Hama's northwest.

The strikes were staged amid the Syrian Army's ongoing advance to drive Daesh** terrorists out of a desert in the southwestern province of Suwayda, where heavy clashes between the government forces and jihadists were reported earlier this week.

Syrian Army Liberates Six Settlements in Hama Province - Source
SANA reported that as a result of the offensive, the government forces managed to establish control "over new areas in the depth of 40 km in the eastern countryside of Suwayda which led to enhancing the security in the area."

Earlier, SANA cited an army spokesperson as saying that the Syrian military has liberated a large number of settlements in Hama, Aleppo and Idlib provinces.

"This is a strategic success, since it means a complete purge of Hama and Aleppo provinces of Islamic State [Daesh] group, as well as the elimination of the majority of the al-Nusra Front militants in the south of Aleppo province," the spokesperson added.