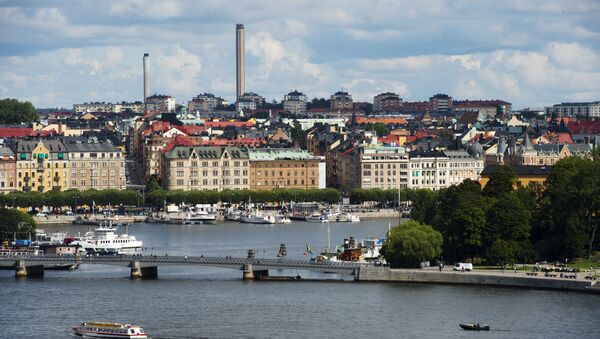 The Greens claim that the Swedish state stole the land from the indigenous reindeer-herding Sami people by allowing mass immigration of Swedes into their native territory for centuries.

The Green Party wants to see a "truth commission" to investigate the abuse of the indigenous Sami people and initiate a "reconciliation process." The party also claimed that the Sami should be entitled to reparations for the "historic abuse" they have suffered from the Swedish state.

In the Green Party's press-release, the relationship with the Sami is referred to as a "dark chapter" in Sweden's history. "Over the centuries, state-backed abuse of the Sami has occurred, including forced migration and racial biology," the Greens wrote. According to the party, the Swedish state must take responsibility and atone for historic assaults and the policy of "Swedification."

"It's time we make up with our history. How the state has colonized Sápmi [a cultural region inhabited by the Sami, stretching over northern parts of today's Sweden, Norway and Finland] and deprived Sami of their land, is put in black and white in our archives," Democracy and Culture Minister Alice Bah Kuhnke said.

According to the Green Party, which in modern-day Sweden is one of the strongest advocates of mass immigration from overseas, the 17th-century decision by the Swedish crown to offer its minions plots in the Sápmi area in exchange for 15 years' tax exemption paved the way for numerous conflicts involving land and hunting grounds that still continue as of today.

However, the party's crusade in defense of the Sami was met with a backlash on social media, with Twitterians pointing out that the Greens have been sitting in parliament for four years before finally addressing this issue, which was attributed to the fact that the party's support has fallen and is risks falling below the 4 percent barrier ahead of the upcoming general election.

"It would be more credible if the Sami themselves demanded it. I do not think the Sami need the Greens' kindness narcomania. They're not children," user Mats Åhlin tweeted.

The Sami are a Finn-Ugric people inhabiting a vast territory stretching the Nordic countries and parts of Murmansk Oblast in Russia. Historically, they have been known as Lapps, hence the name of Lapland provinces in both Finland and Sweden, but this term is now perceived as derogatory. Today, there are between 15,000 and 30,000 Sami living in Sweden.

​In 1993, the Swedish Sami Parliament was established, following the formal recognition of the "Sami nation" in 1989. In 1998, Sweden formally apologized for the historic wrongs committed against the Sami. Today, Sami is one of the five official minority languages recognized by Swedish law.

READ MORE: 'Like Daesh': Swedish Politician Under Fire for Likening Tourists to Terrorists