Expert on Ottawa-Riyadh Row: Discussions Need to Happen at UN, Not on Twitter 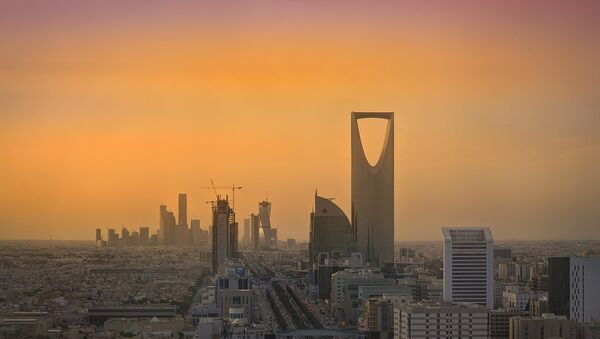 CC BY-SA 4.0 / B.alotaby / Riyadh Skyline
Subscribe
Canada hopes that the UAE and Britain will help defuse Ottawa's escalating dispute with Saudi Arabia. Sputnik discussed this with Oonagh Fitzgerald, director of international law at the Centre for International Governance Innovation, overseeing economic and trade law research and has a background in human rights.

Sputnik: Saudi Arabia has suspended medical treatment plans in Canada for people seeking treatment there and ordered its people to be transferred home; is this allowed under human rights agreements?

Oonagh Fitzgerald: I would say no. I think unfortunately by interrupting medical treatments for Saudi Arabian patients and the higher education of Saudi Arabian students in Canada, Saudi Arabia may be, in fact, compounding and multiplying human rights violations, but that’s the situation we find ourselves in.

Trudeau Unapologetic as Saudi Arabia Accuses Canada of 'Blatant' Interference
Sputnik: Saudi Arabia is one of Canada’s largest export markets in the region, how would this freeze on new projects and investments affect Canada’s economy?

Oonagh Fitzgerald: It is unfortunate to have any disruption in trade. Saudi Arabia is not a major trading partner for Canada, but it’s always unfortunate when there are disputes that affect trade — especially for a country like Saudi Arabia, which is seeking to develop a modern economy, create jobs and diversify away from [its] focus on oil. Saudi Arabia is a member of the WTO since 2005 and, therefore, it’s subject to basic rules against discriminatory trade practice, and the WTO agreements create a credible and reliable system of international trade rules. It would be helpful that Canada and Saudi Arabia would be meeting their obligations under the WTO and that would govern [their] future trading relationship. It seems that they've, unfortunately, taken a strong view to legitimate criticism on a topic of human rights. Human rights is a topic that is a universal one, all nations have agreed since after the Second World War to universal values of human rights, and so each nation has a responsibility to talk about these issues when they’re concerned, to protect them.

Sputnik: Canada has formed alliances with nations that have also neglected human rights over the years; why is Canada taking such a stance and a dim view against Saudi Arabia?

Oonagh Fitzgerald: Well you raise an important point and that is that always in international policy there are trade-offs that happen and there are often discussions behind closed doors to talk about human rights. But Canada has asserted a feminist international foreign policy and it impacts on both foreign policy and its development policy, as well as domestic affairs within Canada. So to assert positions that respect the rights of women or advocate for the rights of women is very consistent with Canadian values and international obligations. I think what’s unusual is to do this on Twitter, this seems to be the new medium that people, nations and individuals are using more and more to express concern. But I think the real discussions need to happen behind closed doors, or at the United Nations, where you can have a much more complete discussion about ways to improve the situation of women in Saudi Arabia and it’s not such a blame game and more of an effort to actually work constructively together and I think that’s what we should all hope for, for this discussion to move away from pictures of jets flying into the CN Tower and have more of a productive discussion.

Saudi Energy Minister Assures Oil Exports to Canada Unaffected by Diplomatic Row
Sputnik: How significant are these statements, the criticism of human rights violations in diplomatic ties between countries such as these?

Oonagh Fitzgerald: It’s an interesting illustration of how little one can communicate in a tweet. Canadians have seen a lot of that watching how things have developed in the United States, with a president who uses Twitter a lot. You can get a very forceful message across, but it’s not going to be very nuanced message. I guess this is the new reality of international affairs, that people will use Twitter because that is where a lot of the conversation takes place, but it’s not the exclusive place for discussion and there has to be room for more complete discussion behind closed doors with a bit of an opportunity for real diplomacy and an opportunity to have off the record discussions and move things forward. Unfortunately we have both going on at the same time now, this is the new reality; you need to express yourself on Twitter, because if you don’t, it seems like you’re condoning or you’re ignoring events that are concerning everybody that are available to the whole world to see because of the speed of the media.

Human Rights Advocate Sees Bias in Canada's Accusations of Saudi Arabia
Sputnik: From your point of view, what is the reason behind such a strong reaction on the part of Saudi authorities?

Oonagh Fitzgerald: Well it certainly isn’t a balanced reaction. The idea that a tweet is interference — interference is actually getting involved in the affair, simply commenting on something is absolutely fair game, so it does seem like a very strong reaction. I’ve seen comments from people that have suggested the fact that there was a reference to release, a sort of request that Saudi Arabia release [Samar] Badawi and her sister was an indication that perhaps Canada didn’t recognize Saudi Arabian rule of law. I think that may be reading too much into it; governments do have a role, whether you have rule of law or not, they do have control of what happens to prisoners, they can make representations, they can take direct action depending on what the legal regime is. I think perhaps that was part of it, certainly, he seems to be intent on making Canada an example and that’s unfortunate, because I think the feminist foreign policy of Canada is actually a bit of a beacon for the world that could really help, it’s a way to get more women involved in economics, in business and, therefore, raise the standard of living in many countries, and there could be wonderful opportunities for collaboration between Saudi Arabia and Canada.