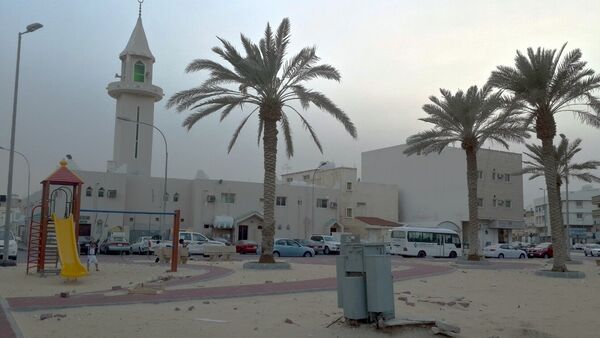 Earlier, the Houthis' Masirah TV broadcaster reported that the militants had fired a number of ballistic missiles at the Saudi city of Jizan, as well as one rocket toward a Saudi military base in Aseer province. Both Jizan and Aseer are located on the Saudi-Yemeni border.

The Saudi city of Jizan and surrounding territories have been the target of numerous missile attacks by Yemen's Houthi movement. However, Saudi defense systems have managed to intercept a large number of them.

The Houthi movement continues to oppose the Saudi-led coalition's involvement in the Yemeni war, aimed at restoring power of Yemen's President Abdrabbuh Mansour Hadi. The latter was forced to flee the country.

Currently, Yemeni pro-government forces, backed by a Saudi-led coalition of Gulf States, have suspended their advance into the strategic Red Sea port city of Hodeidah. Their military operation, aimed at gaining control of the city, began on June 13 after the Houthis ignored the government's offer for a peaceful settlement, which expired on June 12. The government stated that it had exhausted all available political and diplomatic means to make the rebels withdraw from the port.