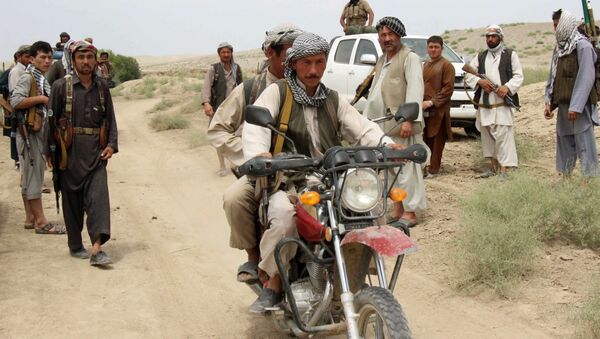 © AFP 2023 / NASIR WAQIF
Subscribe
International
India
Africa
WASHINGTON (Sputnik) - Reports of civilian casualties following a July 19 US airstrike near the Afghan city of Kunduz have been refuted following an investigation, US Forces-Afghanistan said in a press release on Friday.

"After carefully considering all relevant and reasonably available information, which included a review of the Afghan government’s report of findings, our investigation found no credible information to corroborate the allegations," US Forces spokesman Lt. Col. Martin O’Donnell said in the release.

World
US Reportedly Deploys More Troops to Afghanistan, But for What Purpose?

The US investigation began July 24, following allegations that US airstrikes in defense of Afghan forces during Afghan-led ground offensive operations the in Chahar Darah district, Kunduz province, had led to civilian casualties.

Media reports quoting area residents and local officials claimed a US airstrike had killed 14 members of a family.

After the US combat operation in Afghanistan ended in 2014, US forces have remained in an advisory capacity to help train Afghan troops and provide assistance in counter-terrorism missions.