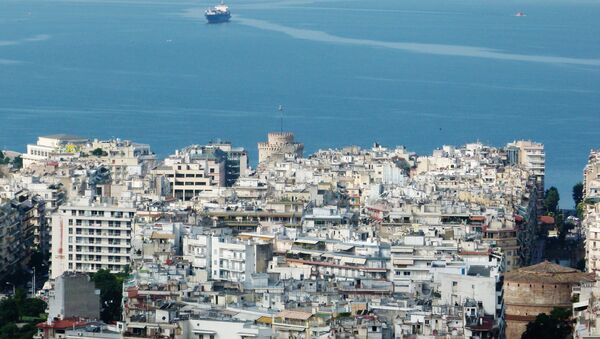 ATHENS (Sputnik) - Greek major opposition party New Democracy is concerned over the tension between Greece and Russia and calls on the Greek government to provide exhaustive information on the recent events that caused this tension, the party's Shadow Foreign Minister Giorgos Koumoutsakos said on Friday.

"Keeping friendly and productive relations with Russia is a timeless choice of the Greek foreign policy. Needless to say, each country should respect each other's sovereignty and avoid any kind of interference in internal affairs. We are highly concerned as we see the recent negative events that even led to the Russian prime minister unacceptably mentioning the Turkish Republic of Northern Cyprus," Koumoutsakos said in a statement, adding that his party insisted on "ordering the government to provide the parliament with exhaustive information on the recent developments in Greek-Russian relations."

According to Koumoutsakos, the "injury" that the relations between Greece and Russia sustained should be cured "as soon as possible with considered, moderate, but not impulsive actions."

The relations between Athens and Moscow have recently deteriorated, as in July, after Greece expelled two Russian diplomats from the country over national security concerns and Russia responded with a similar move.

Previously, Russian Prime Minister Dmitry Medvedev said in an interview with Russia's Kommersant newspaper that Georgia's admission to NATO would be a "threat to peace," and compared it to admitting self-proclaimed Kosovo or the Turkish Republic of Northern Cyprus, claiming that none of these moves would contribute to a better international situation. The lack of accord on divided Cyprus is just one of the issues that make the relations between Turkey and Greece tense.