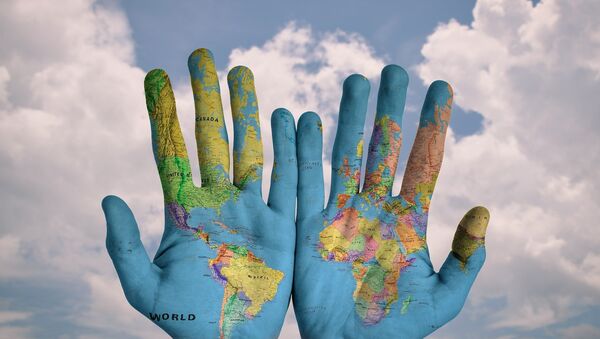 CC0 / /
Subscribe
The US, China, Spain, South Korea and others are facing the same problem of a decreasing population.

Science Alert has published an article where it compared countries by fertility rate and made a list of countries where the population is facing a slow decrease. The US, UK, China, Italy, Spain, Latvia, Bulgaria, South Korea, Japan and Singapore have steadily growing life expectancy rates. Yet with greater age comes greater spending on pensions and healthcare. Many countries are showing a shift in birth rates, which means that there will be not enough people to work and pay taxes to maintain pensions. Such a situation is called “a demographic time bomb.”

The authors of the research noted that to avoid the demographic catastrophe the fertility rate should be 2.2 children per woman. However, many nations’ birth rates have fallen below two children per woman. This demographic trend may be softened by increases in immigration, yet the crisis cannot be resolved completely if a significant number of citizens leave the country to seek employment overseas.

According to the researchers, US fertility rates in the last two years have reached an all-time low of 1.76 with life expectancy being at a high of 78.7 in 2018. A New York Times survey said that American couples who want kids sometimes end up having less than originally planned or none at all because of the high cost of childcare- up to $10,000 annually. The fall in fertility numbers has been slightly mitigated by the growth in the number of immigrant workers, yet the trend remains unchanged. Italy and South Korea are also facing similar problems with young couples wishing to have two or more children but restricting themselves because of the high costs of living, unemployment and a lack of economic stability.

UK fertility rates dropped dramatically after Brexit and the fall in young immigration with birth rates being at their lowest level in a dozen years. At the same time, Latvia’s population is constantly contracting because many citizens prefer to look for jobs in the other countries of the European Union. Bulgaria has the fastest shrinking population in the world and soon could reach immediate post-World War II numbers, Bloomberg reports. Like in Latvia, citizens prefer to leave the EU’s poorest country to seek jobs elsewhere.

Japan (1.44) and Singapore (0.83) are trying to encourage a demographic increase with regular payments for those ready to give birth to children. China’s fertility rates have been dropping, despite the government softening the ban on having a maximum of one child per family. By 2030 nearly a quarter of the Chinese population will be 60 or older.

One of the worst demographic situations is in Spain with some towns being nearly abandoned; the small town of La Estrella has only two residents in their 80s still living there. For many years the number of deaths in Spain has exceeded the number of births. Most Spanish women give birth later than any other women in the EU, Business Insider reports. Along with the longest life expectancy, the Spanish fertility rate is pnly 1.5. Last year the Spanish government hired a special aid in order to reverse the birth rate; however, the recent positive change in the statistics hase been due to the arrival of immigrants rather than an uptick in fertility rates.