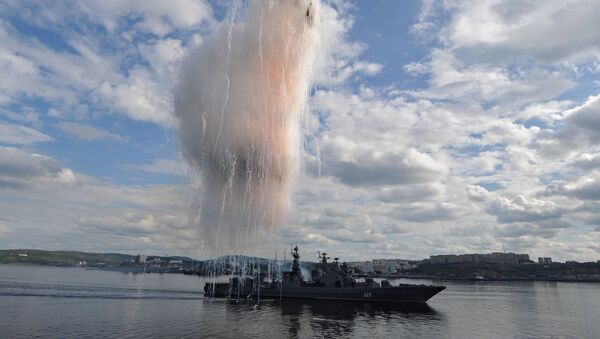 MOSCOW (Sputnik) -The UK Royal Navy said in a statement on Wednesday that its destroyer HMS Diamond was monitoring the overnight passage of Russian destroyer Severomorsk and cruiser Marshal Ustinov through the English Channel.

According to the statement, HMS Diamond is continuing to monitor the Russian warships, which are currently moving along the UK south coast to leave the United Kingdom's area of interest.

MARSHAL USTINOV and SEVEROMORSK have a British escort. https://t.co/B66iztT526

​The Severomorsk and Marshal Ustinov have just concluded routine drills in the Baltic Sea with the participation of Baltic, Northern and the Black Sea fleets, prior to which the warships took part in Russia's Navy Day parade on July 29. The vessels are now leaving the area through UK waters.