Russia, China, Not ‘Our Friends’ - US Strategic Command Chief 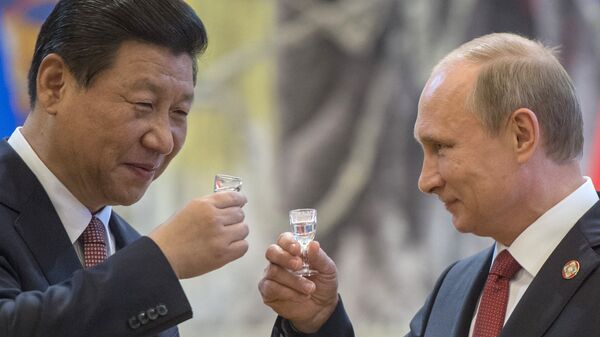 “You can’t call them [Russia and China] our friends if they’re building weapons that can destroy the United States of America,” the US top nuclear commander said Tuesday.

Speaking at the Space and Missile Defense Symposium in Huntsville, Alabama, US General John Hyten insisted that Beijing and Moscow are not "our friends" as they accelerate development of advanced hypersonic weapons.

"I always wish we started [working on hypersonics] five years ago or 10 years ago because then we wouldn't be worried… but we didn't, so we have to step up now, and we are," CNBC quoted the general as saying.

Hyten placed extra emphasis on detecting the threat of hypersonic weapons, Defense News reported. "If you can't see and characterize the threat, I don't care what kind of shooter you have; there is nothing you can do about it. So the most important thing is, [when] you look at all the threats that are coming together — hypersonics, et cetera — is that we have to be able to see that threat."

In March, Hyten told the Senate Armed Services Committee, "We don't have any defense that could deny the employment of such a [hypersonic] weapon against us."

Then-commander of US Pacific Command Adm. Harry Harris lamented the US' lapses in hypersonic capabilities development earlier this year in testimony before Congress in February. Harris, who is now US ambassador to South Korea, said Beijing was zooming past the US in the field of hypersonics, Sputnik reported at the time.

After months of publicly airing its worries about America's non-existent defensive and offensive hypersonic capabilities, the Pentagon asked Congress in July to allocate funding for its first hypersonic attack weapon.

Aside from the ongoing hypersonic arms race, there appears to be hope that eventually the US and Russia will be cordial with one another, even if it may not happen in the near future. US President Donald Trump previewed his July 12 meeting with Russian President Vladimir Putin in Brussels by telling reporters he and Putin may "someday" become friends.

"He's been very nice to me the times I've met him. I've been nice to him. He's a competitor… he's not my enemy. And hopefully, someday, maybe he'll be a friend," Trump said. "It could happen."

Washington on Wednesday announced a new tranche of sanctions against Moscow in response to the poisoning of Yulia and Sergei Skripal earlier this year.