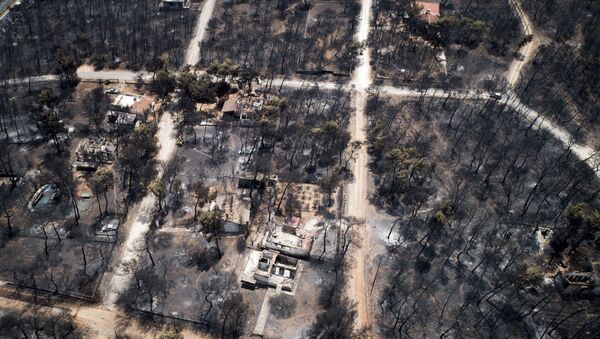 Alexander Gerst from the International Space Station (ISS) has captured photos of the wildfires in Portugal and California, showing how those disasters looked from a height of 400 kilometers.

German astronaut Alexander Gerst took a shocking photo of Europe after the deadly drought season, in order to show the severity of the disasters.
From the International Space Station Gerst could see dried-out parts of central and western Europe. According to the astronaut, Portugal looked like "a mixture of dust, sand, and smoke."

Just had a chance to take my first photos of dried-out Central Europe and Germany since a few weeks, and was shocked. What should have been green, is now all brown. Never seen it like this before. #Horizons pic.twitter.com/o2XoddPdrM

​Over the summer, major wildfires have ravaged Greece, claiming the lives of at least 50 people. At the same time, massive fires have hit Spain, Portugal, and Sweden.