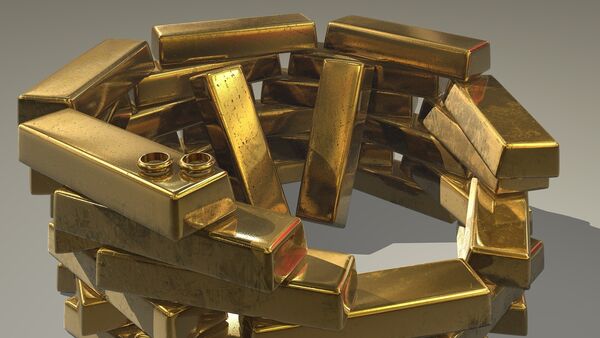 Gold smuggling in India has surged since 2013 when the country had raised the import duty to 10 percent in an effort to narrow a gaping current account deficit. The World Gold Council estimates that smugglers brought around 120 tons of gold into the country in 2017, with nearly the same amount expected in 2018.

Singapore Airlines Crew Member Arrested With Gold Worth $49,100 at Delhi Airport
The seven Taiwanese nationals arrested at the Delhi international airport were allegedly seeking to leave the country with a total of total of $890,000 in cash hidden in their checked-in baggage.

"The investigation so far has revealed that this syndicate involves foreign nationals and Indian nationals stationed at Hong Kong and India. The mastermind of the syndicate is sitting in Hong Kong, who arranged carriers and sent them to India with gold bars through concealment. In India, a person used to collect the gold and give foreign currency in return which used to be smuggled-out of India back to Hong Kong," DRI said in a statement.

On August 6, the DRI seized 36 kilograms of gold from Mumbai airport that was smuggled via an air courier in two consignments from Hong Kong.

India is the world's second-biggest gold consumer and gold consumption in 2018 is projected to touch as high as 800 tons versus 727 ton last year, according to the World Gold Council (WGC).