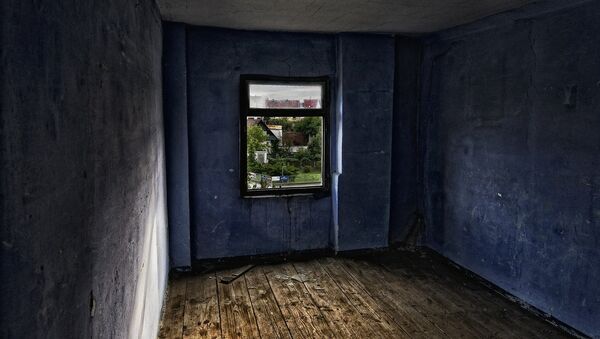 An exceptionally high number of burglars, many of them belonging to foreign gangs, are wanted by Finnish police. The crime spree has been partially attributed to the hot weather prompting Finns to leave their windows wide open.

In July alone, over 270 suspected burglaries were reported to the Finnish police, which is well above the monthly average of 170, the Finnish daily newspaper Hufvudstadsbladet reported.

According to the police, foreign gangs and abnormal heat are behind the increase.

"This year, we have encountered problems with foreign burglars breaking into people's homes. At most, we have been able to link up to twenty house break-ins to the same gang," Minna Laukka of the National Bureau of Investigation said.

According to Laukka, the vast majority of burglaries were committed in the Helsinki metropolitan area and southern and western Finland. Two-thirds of the break-ins occurred in single-family homes, whereas one-third happened in high-rises. Laukka emphasized that the number of robberies in blocks of flats was particularly high, sometimes with several burglaries occurring in the same area of one building.

The peculiar trend of this summer has been linked to the heat. The abnormally hot summer has caused many Finns to leave their windows and doors open.

"Over five percent of burglaries this summer were made through open windows or unlocked doors," Laukka stressed, calling on her fellow Finns to keep them shut when leaving the house.

A typical burglary is thus committed during the day in a detached house. Burglars employ different methods to make sure they will be able to "work" undisturbed, including keeping an eye on the house, checking whether the mailbox is full or the lawn is overgrown. Objects that can be quickly converted into money, such as cash, consumer electronics, jewelry and designer items are the most sought-after trophies.

READ MORE: Number of Danes Hospitalized for Drinking Too Much Water Amid Heat Wave Soars

Laukka stressed the importance of civic supervision in combatting crime such as burglary.

"With social control, burglaries can be prevented. If you see someone unfamiliar or suspicious in the staircase, you are always free to ask what the matter is. Once it seems unsafe to go ahead, you can always turn to the police," she stressed.