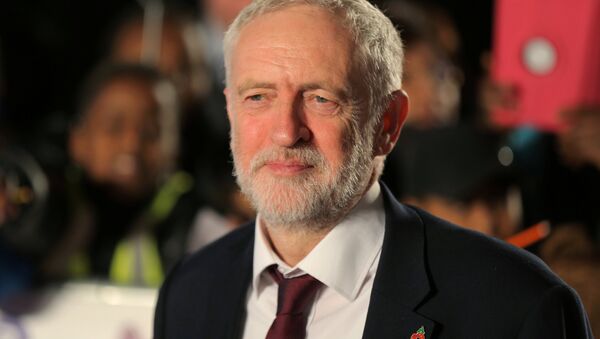 Jeremy Corbyn, the leader of Britain’s Labour Party, has repeatedly been accused of not doing enough to tackle anti-Semitism in his party’s ranks and is under mounting pressure from Jewish groups.

Footage has surfaced on social media, in which Jeremy Corbyn accuses the BBC of being biased towards Israel’s right to exist, as a result of “undue pressure” by Tel Aviv on the broadcaster's senior executives and journalists.

Remember that time @JeremyCorbyn appeared on PressTV and said that the Israeli government and Israeli embassy are “very assertive towards all journalists and the BBC” and as proof of this said “there is a bias towards saying… Israel has a right to exist”. No? Here you go… pic.twitter.com/9Jy8l1VKHT

Corbyn made the remarks in an interview in 2011 with Press TV, Iran’s state-funded news agency, which he used to regularly speak to, primarily about the Israel-Palestine crisis.

Outlining how the BBC is biased in its reporting of Israeli affairs, especially Tel Aviv’s foreign policy, Corbyn said, “They challenge every single thing on reporting the whole time.”

'On the Wrong Side': Labour Party's New Anti-Semitism Code Draws Criticism
In response to mounting concerns over the party’s alleged tolerance of anti-Semitism, Labour’s National Executive Committee (NEC) published a new, stricter code last month. However, Jewish groups were quick to warn that the code didn’t go far enough, as its definition was laxer than the International Holocaust Remembrance Alliance's (IHRA).

Critics have insisted that Corbyn violated the Labour Party’s guidelines on anti-Semitism in the interview, as some interpreted his comments as questioning Israel’s right to exist.

Reacting to Jennifer Gerber, head of the Labour Friends of Israel group, described Corbyn’s remarks as “deplorable” and accused him of using Iranian state media to spread “wild conspiracy theories” about Israel.