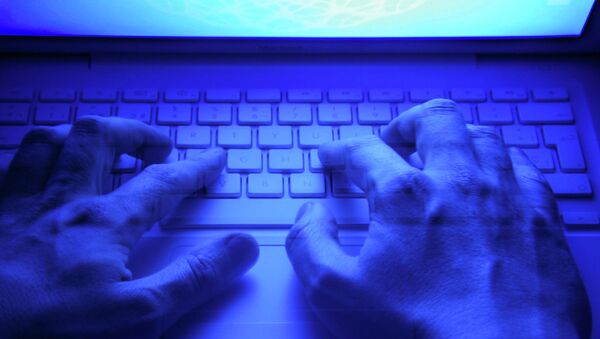 © Flickr / Alejandro Juárez
Subscribe
International
India
Africa
Following the re-implementation of economic sanctions against Iran, the US is raising the specter of Iranian cyber attacks once again, despite identifying “no specific threats.”

"While we have no specific threats, we have seen an increase in chatter related to Iranian threat activity over the past several weeks," Priscilla Moriuchi, director of strategic threat development at Recorded Future, a global real-time cyber threat intelligence company, told Reuters Wednesday. The company has been predicting since May, when the US pulled out of the 2015 Joint Comprehensive Plan of Action (JCPOA) agreement with Iran and six other nations, that Tehran would respond to renewed American hostility with a cyber attack in the next two to four months, AP reported.

Iran is one of the four main cyber threats identified by US intelligence agencies; the others are Russia, China and North Korea.

Last month at the 2018 Aspen Security Forum, multiple top US security officials indicated they believed Iran was preparing for denial-of-service attacks on infrastructure in several Western countries, including the US. And Gen. Qassem Soleimani, head of the Quds Force, an elite regiment in Iran's Revolutionary Guard, boasted of his country's prowess in "asymmetric war," or one-sided warfare that includes both terrorism and cyber warfare, NBC reported.

Norm Roule, former Iran manager for the office of the US Director of National Intelligence, told AP Wednesday he thinks cyber warfare will be the preferred Iranian method of response.

"I think there is a good chance Iran will use cyber, probably not an attack that is so destructive that it would fragment its remaining relationship with Europe, but I just don't think the Iranians will think there is much cost to doing this," Roule said. "And it's a good way to show their capacity to inflict economic cost against the United States."

While the US has exited the historic 2015 nuclear agreement with Iran, despite the latter not having violated the terms of that agreement, the remaining signatories — Russia, China, Germany, France and the United Kingdom — have remained onboard and are not implementing new economic sanctions on the country.

Meanwhile, at the United Nations late last month, Alireza Miryousefi, a spokesperson for the Iranian mission to the UN, said, "Iran has no intention of engaging in any kind of cyber war with the US."

"Frankly, from our perspective, it's more likely the US wants the supposed suspicion of an attack as rationalization for a cyberattack against Iran… The US is the most belligerent cyber attacker of any nation in the world, repeatedly attacking military and civilian targets across the world including in Iran," he said July 20, NBC reported. "The US has also undermined international efforts to establish global rules surrounding cyber issues. While we cannot comment on specific cyber capabilities or operational detail, we can say that our cyber activities are defensive in nature and necessary for our country's protection."

Mohammad Marandi, an expert on American studies and postcolonial literature who teaches at the University of Tehran, told Sputnik News Wednesday that the accusation of imminent cyber attacks from Iran is "propaganda" designed to help US President Donald Trump "justify his behavior towards Iran."

"There is no evidence" that an attack is imminent or even likely, Marandi said. The accusation fits into a long line of fabricated reports used by the US to justify economic sanctions against other countries, such as those used to levy hardship on Iraq before the 2003 US-led invasion of the country.

"The Iranians will push back, but there's no reason for them to carry out cyber attacks," Marandi noted.

While Iran does have significant cyber warfare capabilities, Iranian officials maintain these are for defensive purposes only. In June 2009, Iran's Natanz Uranium Enrichment Facility was hit by the Stuxnet virus, reportedly a joint US-Israeli creation, which destroyed around 20 percent of Iran's refinement centrifuges by causing them to spin out of control, Wired noted.

"When the United States carried out cyber attacks on Iran… back then, Iran's cyber capabilities were limited," Marandi noted. "But as a result of the American attacks, Iran began developing their own cyber defense capabilities. So in a sense, the United States probably did the Iranians a favor, making them much less vulnerable and much more capable than they were under those circumstances."

"Iran is definitely a powerful country, it has the capability to defend itself, but there's no evidence whatsoever to support the accusations the Americans have made."