UK Encourages US to Talk With Partners, Iran About Way Forward - Williamson 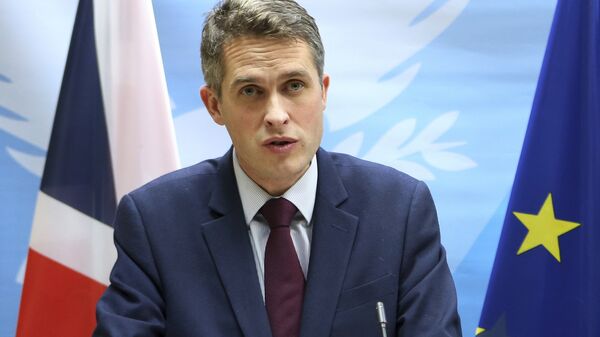 WASHINGTON (Sputnik) - The United States needs to start working with its partners and Iran to find a way forward after it decided to leave the Joint Comprehensive Plan of Action (JCPOA), also known as the Iran nuclear agreement, British Defense Secretary Gavin Williamson said at an Atlantic Council event on Tuesday.

"The JCPOA was a deal that we felt was the best possible deal that was achievable, none of us ever pretended that it was a perfect deal, but actually, it did deliver a number of important measures as I think everyone benefits from. So, we really just encourage the United States to start talking to its partners and Iran in order to be able to find a route forward," Williamson said.

On Monday, the US government re-imposed the first wave of sanctions against Iran that were lifted under the JCPOA. The remaining sanctions will be put back in place on November 4.

The same day, the countries released statements saying they regretted the re-imposition of sanctions, and the European Union said it would protect any companies in its member-countries who are doing legitimate business in Iran from the US sanctions.

World
Iraqi PM: We Won't Interact With Anti-Iran Sanctions, Will Protect Our Interests
In May, US President Donald Trump announced that the United States would be pulling out from the Iran nuclear deal, signed in 2015 in Vienna by Iran, the European Union, China, France, Russia, the United Kingdom, the United States, and Germany.

After the United States withdrew from the nuclear deal, the rest of the participants reiterated their commitment.