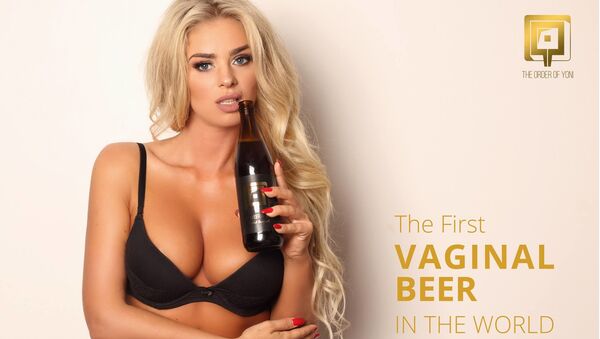 Just over a week ago, the world’s first vagina beer was introduced to the wider public, quickly gaining popularity due to a steaming hot advertising campaign by the Polish brewery “The Order of Yoni.”

Wojciech Mann, owner of "The Order of Yoni," has given an exclusive interview to Sputnik Poland.

Sputnik: How did you come up with the idea to produce such a beverage?

Wojciech Mann: The idea emerged six-seven years ago when I was sitting with a glass of Belgian beer in my hand. I wondered why it had such a sour-ish taste, and after a few clicks on Wikipedia, I learned that lactic acid bacteria is responsible for this. And after a few more clicks I found out that these same bacteria exist in women’s vaginas. Eureka! I immediately felt a subtle connection between the beer and a woman. So this is how the very idea emerged.

Sputnik:  Why did you choose these models in particular for such an honorable role?

Mann: Paulina and Monika are two beautiful, self-confident women. They are funny, open, they like to dance and strike spectacular poses for photos. Besides, they are very attractive and seductive. They complement each other: one of them is cute and sensitive, while the other is bold and obstinate. They enthusiastically responded to our proposal, seeing it as something innovative and original. 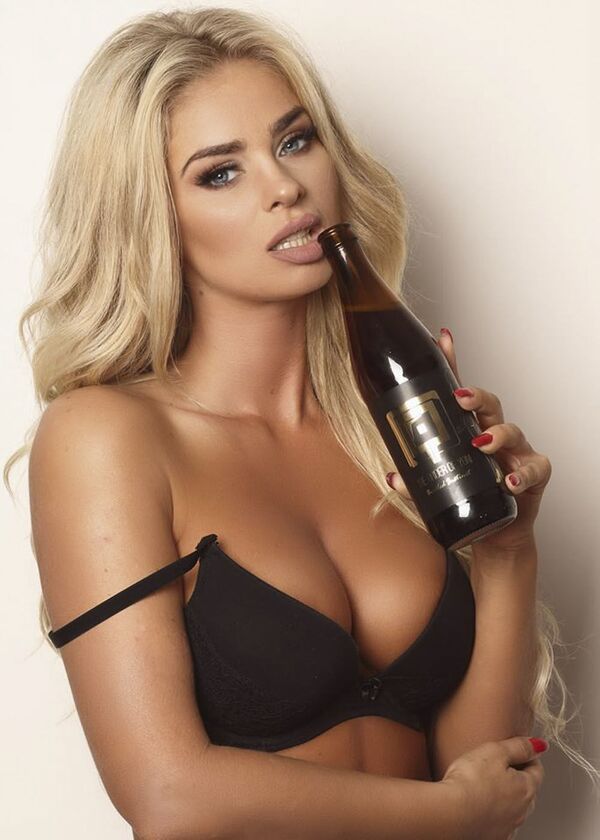 The girls bravely make decisions and generally want to be pioneers in everything. They like our beer, they "understand" it. Our beer is an ode to admiration and respect for femininity, so they are proud to take part in it.

Sputnik: Did you have any second thoughts before the launch of the project?

Mann: Of course, I did. Partly because not everyone likes sour beer, that’s why we spent nearly two years looking for the right recipe. And we found it, after all. Lactic acid bacteria in combination with wine yeast scored the bull’s-eye: we ended up with a taste that almost everyone will like.

We also feared people's reactions, but it turned out to be much more positive than we expected. The hundreds of e-mails with questions about the beer that we receive and a large number of distributors who are already all set to order it from us speak volumes.

Sputnik: What does the process of its preparation look like and where does it go?

Mann: The process is, in fact, quite simple. First a gynecologist, a doctor of medicine, whose name we aren’t disclosing, took a smear from the women. The material was sent to a friendly laboratory where the bacteria we needed was isolated from others, purified, identified, and then reproduced. That is how we got a unique bacterial culture that could be easily and safely used in our production. We add bacteria to the wort before fermentation, so that it begins to ferment lightly. Kefir is prepared by the same principle. 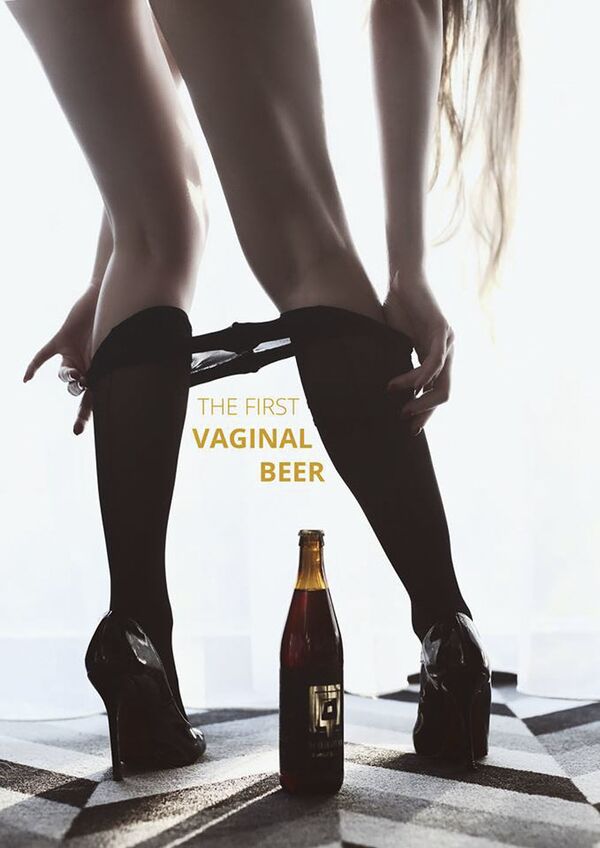 Sputnik: Do you receive much feedback from consumers? Do you have a feeling that you have found a gold mine?

Mann: A lot of people are writing to us, mainly from Latin America, the United States and countries of Southern Europe, sometimes from Scandinavia and Russia. Yes, we think that we will make good money on this, but we still have much work to do, including negotiations with importers and distributors. In a year we will definitely be everywhere, offering consumers a unique product.

Sputnik: Do you plan to extend the product line? Or maybe you’re planning to produce, for example, the male version?

Mann: We are: for instance, a variety of BDSM-series beer and a few more exotic ones with models from around the world. We cannot reveal more at this stage. We will have a large portfolio in the future, although you will not find the male version in it.

Sputnik: And yet, what makes your product better than regular beer?

Mann: We use lactic acid bacteria, taken from the vagina of a spectacular model. Of course, we are often told that our lactic acid bacteria are identical to those found in yogurt, pickled cucumbers and other food. It's true. Just like the glacial meltwater in bottles is the same H2O that runs from your tap in the kitchen.

However, the feelings from drinking glacial water are completely different, you know. And the gold that was just found in the mine is exactly the same as in the old pirate treasure-trove. But there is a very different story behind them, and the one who found the pirate treasure, doesn’t feel the same as the owner of "fresh" gold. 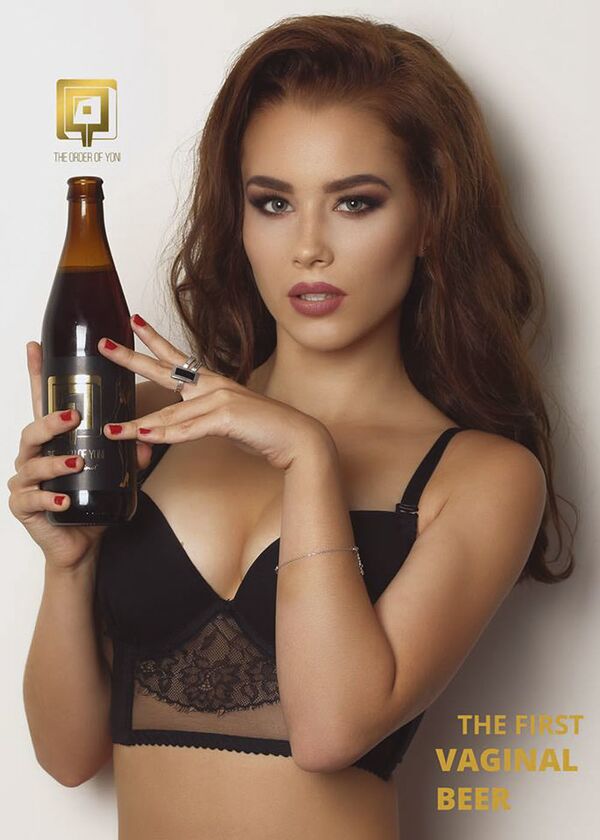 Or, for example, a meteorite contains the same nickel as a simple coin. But when you hold a fragment of a meteorite in your hand, what's going on inside of you is not the same as when you hold small change in your hand. The Mona Lisa was copied hundreds of times, but it’s only the original, painted by Da Vinci that makes an impression.

Just like our bacteria. They seem to be the same, they produce the same lactic acid, but there is something else behind them, or rather someone else — two beautiful girls.

When you drink our beer, you know that there is a part of a woman somewhere in it who at this moment may be taking a shower, changing clothes, dancing…

Sputnik: Where can one buy it?

Mann: We started from Poland: you can try draught beer in the Biała Małpa pub in the city of Katowice; we also cooperate with several wholesale shops in the south of the country.

READ MORE: Owner of Harmony Sexbot: If Sex With Woman is a Ten, With Doll It's an Eight

In the future, deliveries are expected to some European countries, for example to Spain, Italy and the Czech Republic; we are negotiating with distributors from the US, Brazil and Mexico. My Russian friend is also looking for customers in Russia, so I hope that we will also appear there soon.