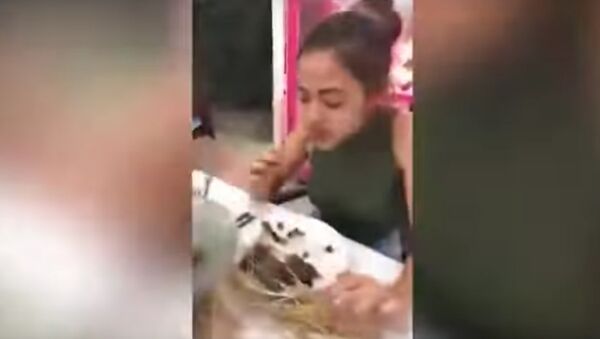 When a young woman came to a coastal diner in Antalya to participate in a Shish Kebab eating contest, she was at first mocked by restaurant manager and owner Ilyas Demir. He told her that she was too small for the kebab-eating competition. But Ceren, who weighs only 44 kilos, stuck to her guns and was allowed to compete.

In 23 minutes she managed not only to eat 4 kg of kebab, but also a salad, several bread pieces, drank three glasses of ayran (a yoghurt-based drink) and two large glasses of water. Her predecessor managed to eat only 193 sticks of meat. For breaking the record, Ceren won a smartphone worth 5,000 Turkish Lira ($950), a golden nugget and free meals in the restaurant for the next four months. She told The Mirror that she smashed not only the diner’s record, but her own personal best as well.

One of her friends has posted a video of Ceren's triumph on YouTube: