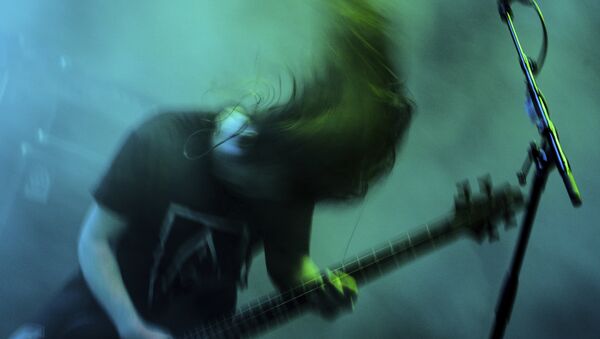 Two elderly men managed to escape a nursing home in Germany to attend the Wacken Open Air heavy metal festival in the country over the weekend.

According to the Itzehoe police department, the pair was eventually found in the early hours of Saturday morning at the festival in the town of Wacken after the retirement home in Dithmarscher in a rural district of Schleswig-Holstein, Germany reported the men missing.

The men had traveled about 25 miles to rock out at Wacken Open Air, a festival that took place from August 2 to August 4. Peter Berndt, a spokesperson for the Itzehoe police department, told The Washington Post Monday that the two had made it to the festival by a combination of foot and public transportation.

The men, whose names have not been revealed by the authorities, were located "disoriented and dazed" at the festival at 3 a.m. Saturday.

"They were then taken to the medical tent on the festival site and were sent back by taxi at around 6:30 a.m.," Berndt told The Washington Post Monday. "We had to explain to them why they had to go home — but in the end, they went back voluntarily."

According to the festival's Facebook page, Wacken Open Air, which refers to itself as "the Metal Mecca," draws around 75,000 metalheads from all over the world every year. Some of the headline acts this year included Danzig, Judas Priest, Hatebreed and In Flames.