Want a Bike Like the Ones in Putin's Motorcade? Soon You'll Get Your Chance 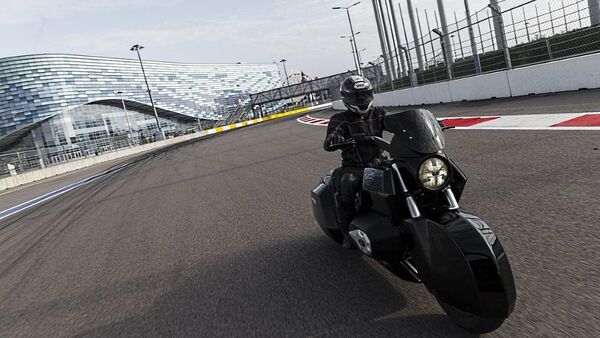 The new vehicles of the Russian presidential motorcade made a splash among automotive enthusiasts after their debut this spring, with limos, sedans, and minivans spotted around Moscow and in Helsinki during last month's Russia-US summit. But details about the project's motorcycle have remained shrouded in mystery, until now.

Sergei Chemezov, CEO of the Rostec state corporation, the company in charge of building the new bikes, has told Sputnik that they will be sold to the public.

"We plan to sell the motorcycle on the open market. There it will be marketed under the Izh brand," Chemezov said. "This is a prominent brand going back to the Soviet period, and currently belongs to our subsidiary Kalashnikov Concern, which is responsible for the work on the new vehicle," he added.

Although he couldn't promise that the bike for sale to the public would be identical to the presidential motorcade version, Chemezov noted that "it will definitely use the design and technical solutions used" in the Kortezh (Cortege) project version.

The bike will be sold both in Russia and abroad, the official confirmed. The price has yet to be set. Series production of the motorcycle has yet to begin. Earlier, Chemezov told reporters that the Kortezh motorcycle would start production in 2019 at the earliest.

According to publically available information, the Kortzeh motorcycle, which has yet to receive a name, has a curb weight of a whopping 500 kg, a 0-100 km/h acceleration time of 3.5 seconds, a top speed of 250 km/h, and an engine putting out close to 150 hp. Rostec has promised that when completed, the bike will match or surpass the standards of its foreign competitors. At the moment, the Kremlin Garage uses Ural and BMW motorcycles to accompany the presidential motorcade.

World
WATCH Putin Arrive in Russia-Made Limo at Summit With Trump
Last month, a company involved the Kortezh project confirmed that the new vehicles have already received interest from foreign governments. On July 6, Minister of Industry and Trade Denis Manturov said that a company from the UAE would be investing some 110 million euros in the Kortezh project. Plans are in place to market the vehicles in the civilian market under the Aurus brand name starting in 2019.

In addition to the limousine, sedan, minivan and motorcycle, a Kortezh SUV is also in the works, and is also expected to be introduced in 2019, with a prototype to be completed before the end of 2018.

Named after the Kremlin Towers, the Kortezh's limousine and sedan are called the 'Senate', the minivan the 'Arsenal', and the SUV the 'Kommandant'.