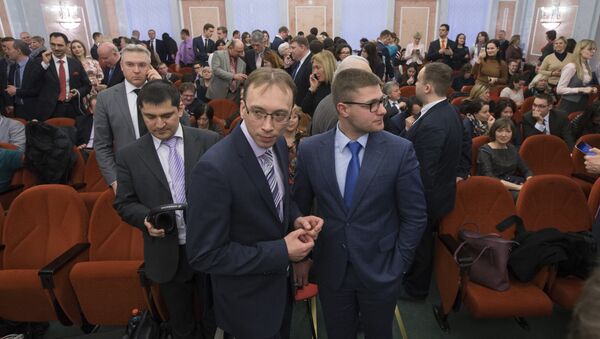 The religious group has been under fire for its widespread practice of having numerous sexual abuse cases adjudicated by the so-called "elders," who apparently often fail to report them to officials.

Samet G, 31, a member of the Jehovah's Witnesses in the Netherlands, got a suspended 9-month sentence and a fine last week for the sexual abuse of his niece when she was between 4 and 14 years old, RTL Nieuws reports, citing court documents.

During the investigation, Jehovah's Witnesses had reportedly refused to give Dutch prosecutors a copy of a confession that the suspected perpetrator made in 2011, citing privacy concerns and claiming that its elders cannot be forced to disclose it.

This refusal to cooperate has provoked a backlash from human rights advocates and officials. "If we can't get the files via the courts we need politicians to act. Someone must force the Jehovah's Witnesses to hand them over," Frank Huiting, spokesman for Reclaimed Voices, an organization that helps survivors of child sex abuse inside the Jehovah's Witnesses group, told RTL.

Madeleine van Toorenburg, a Christian Democratic Appeal MP, has asked the legal protection minister to look into the right of the church to deny access to the important documents. "This shows that there is a culture of silence and cover-up, and they do not take responsibility," she said.

Jehovah's Witnesses are known to have their own committees that judge alleged sexual perpetrators internally and the police don't get involved in their proceedings. They are believed to be keeping records of these proceedings but won't reveal them.

This practice of handling sexual abuse 'in house' has been a hotly debated issue in recent years. This March, The Guardian disclosed allegations of child sex abuse in Jehovah's Witnesses' from more than 100 former and current members. According to them, the elders bullied victims into keep silent about mistreatment.

In 2015, it emerged that the Australia Branch of Jehovah's Witnesses had records of 1,006 alleged perpetrators of child sexual abuse, with cases dating back to 1950; the organization, however, didn't report any of them to police.