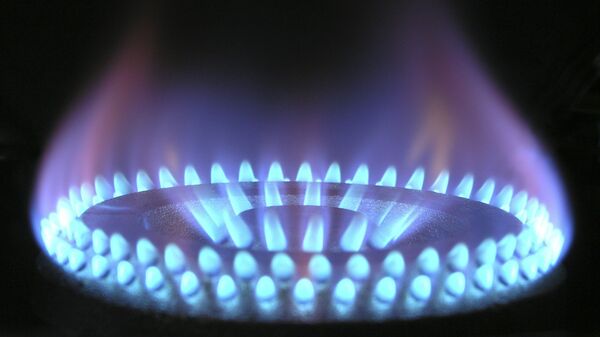 CC0 / Pixabay /
Subscribe
International
India
Africa
Following President Trump's announcement that Europe was ready to build up to 11 LNG ports to "compete" with Russian gas, Gazprom announced that it expects to set a new record in gas exports to countries outside the former USSR in 2018. Sputnik explores why LNG just can't compete with Russian gas in Europe, either in price or volume.

World
Trump Claims EU Will Spend Its Money to Build Ports for LNG Imports from US
On Monday, during Italian Prime Minister Giuseppe Conte's visit to the White House, US President Donald Trump said he hoped that Rome would do its part in the creation of "a competing pipeline" (competing with Gazprom, naturally). "We are already talking to the European Union about building anywhere from 9 to 11 ports, which they will pay for, so that we can ship our LNG over to various parts of Europe," Trump boasted.

The president's remarks follows European Commission President Jean-Claude Juncker's visit to Washington last week, where the EU chief pledged to buy, in Trump's words, "vast amounts of LNG!" Business experts immediately pointed out that Juncker's pledge was "not his promise to make," with EU officials confirming that a declaration of intent to buy more US gas was not actually a commitment to do so.

In fact, against the background of claims about the coming diversification of the European energy market, Europe's consumption of gas produced by the main alternatives to pipeline gas – US and Middle Eastern LNG supplies, are actually on the decline. In the first six months of 2018, European net LNG imports dropped 5%, with strong net declines in imports reported in Spain, the UK and France, according to a recent report by French gas association Cedigaz. 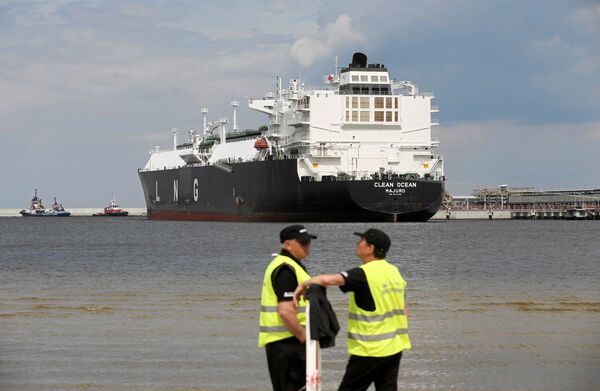 Europe already has some 28 large-scale LNG import terminals, 24 of them on EU territory, with a total regasification capacity of an impressive 227 billion cubic meters per year.  However, this capacity remains severely underused, with regasification reaching a maximum of just 27% of total capacity in 2017. Furthermore, actual US LNG exports to European countries amounted to just 2.26 billion cubic meters in 2017, according to US Energy Information Administration figures.

Over the same period, other markets, specifically Asia, have grown their purchases of LNG, with China alone importing some 23.81 million tons of LNG in the first six months of 2018, a 50.3% increase compared with the same period in 2017. With most US LNG supplies already contracted to Asia, analysts say that there are no supplies left for the US to ship to Europe even if Washington mandated that companies do so.

Asia
Asia Responds to Trump's Trade War by Forming the World's Largest Economic Bloc
With LNG always more expensive than pipeline gas due to the transportation, storage, liquefication and regasification costs (which are estimated to more than double its price), Europe can be expected to continue to look favorably on Russian supplies, particularly as energy demand continues to rise.

Europe's rising demand for gas is associated with Germany's preparations to shutter the last of its nuclear power plants by 2022, as well as declining output in the Netherlands, Norway and Scotland. In this situation, Russian energy analysts have insisted that new Russian-European projects, up to and including a 'Nord Stream 3,' are an effective "mathematical inevitability" over the short, medium and long term.

The US is in LNG for the long-haul, with total export capacity expected to reach about 99 billion cubic meters per year by 2020 as the US fracking boom continues. However, given the Russian pipeline price advantage, along with confident Gazprom estimates that there is a "100% probability" that US LNG exports to Europe will remain a loss-making enterprise, the only option open for Washington is to turn to political arguments.

According to energy market analyst Alexander Lesnykh, the US "can break into the European market only with the help of political instruments, since pipeline gas from Russia is much more competitive in all respects." Furthermore, notwithstanding President Trump's claims about European commitments to buy US LNG, "as practice shows, EU officials have already come up with a fairly effective tactic to engage Washington: they make promises that Trump wants to hear, but in practice continue to do what's best for them." 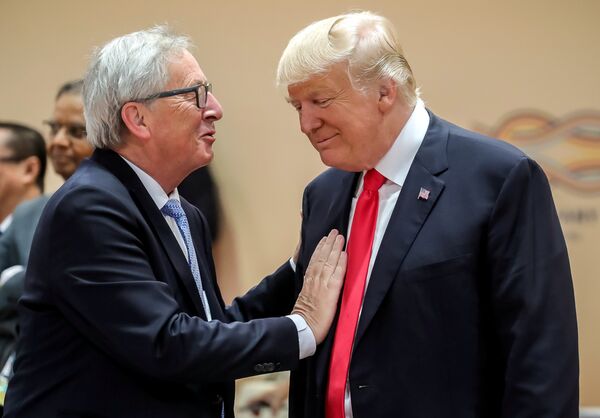 Europe's promise to build new terminals for American LNG at the same time that construction of Nord Stream 2, a 55 billion cubic meter per year capacity pipeline network stretching from Russia to Germany through the Baltic Sea, is already underway is a perfect example of this, according to Lesnykh.

"In spite of US efforts to block this project, the pipeline will come online by the end of next year," the analyst noted. Finally, "if Denmark, the last country which has not signaled agreement to laying the pipeline through its territory) refuses to participate in the project, Nord Stream 2 will simply take a different route, with no effect on its total cost."

Nord Stream 2 May Have 'Different Route', Bypassing Denmark
In other words, even as Washington continues to bluster about Europe's dependence on Russian gas and to push its LNG, Western European energy concerns, including France's Engie, Austria's OMV AG, the UK-Dutch Royal Dutch Shell, and Germany's Uniper and Wintershall are proceeding with a project which will increase Nord Stream's total capacity to 110 billion cubic meters of gas per year.