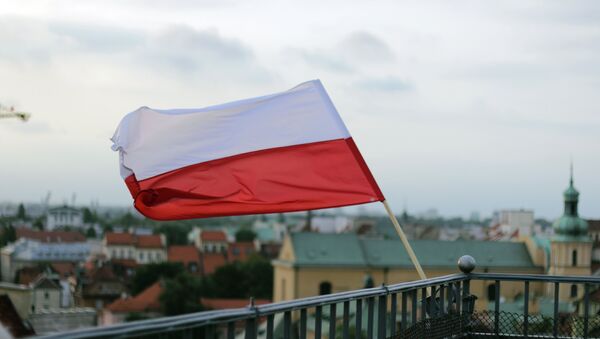 © Flickr / Lukas Plewnia
Subscribe
One of the soldiers has reportedly remained hospitalized in a serious condition since July 22, when the fight took place in front of a bar in the town of Zlocieniec in the province of West Pomerania. The other injured soldier has already re-joined his unit.

A court in the Polish city of Szczecin has already sent a Polish soldier suspected of beating two US servicemen to jail for three months, as the local outlet Wpost has reported. He faces eight years in prison.

As spokesman for the District Prosecutor's Office in Szczecin, whose military department investigates the case,  Malgorzata Wojciechowicz has told the media, that during the fight one of them sustained serious injuries, while the other was only slightly harmed.  However, the official has declined to give any further details, so as not to interfere with the ongoing investigation.

Only the Pole has been arrested so far.  As Radio Szczecin reports, one of the US soldiers remains  hospitalized in a serious condition, while his fellow trooper has re-joined the unit shortly after the brawl. According to the outlet, the street fight between the soldiers, all of them on duty, took place on Sunday, July 22 in the town of Zlocieniec in West Pomerania. What caused the conflict has not been determined.

As the local newspaper "Wyborcza" reported, the US soldiers came from the training ground in the town of  Drawsko Pomorskie, where the US stationed  its rotational forces in Eastern Europe to counter Russia. The town at the German border hosts a Polish tank base, where the US is now building new offices and support facilities, according to Stars and Stripes, a publication for the troops. The improvements are expected to more than double the number of soldiers the base can station.

The Poland-US alignment has been growing over the years. Warsaw has branded military cooperation with the US as a guarantee of the country’s security. Bilateral relations recently reached another high point after Poland signed a deal to purchase US Patriot missile defense system for $4.75 billion this March.

Jet fuel can't melt steel beams
3 August 2018, 21:26 GMT2
000000
wow polish are brave teaching empathy to the bestia imperialists assassins, terrorists invading countries and tagging them as terrorists, so they can't defend themselves with public opinion, imagine ! if russia invaded the usa and tag the American people as terrorists for defending their country????