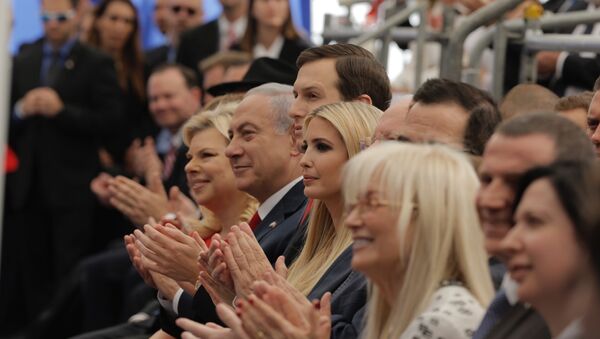 MOSCOW (Sputnik) - The Israeli authorities authorized the enlargement of the US Embassy in Jerusalem on Friday amid the escalation of crisis with Palestine over the relocation of the diplomatic mission to the disputed city, the Israel Television News Company reported.

The US Embassy in Jerusalem was opened in May. The embassy was relocated to the building of the former US consulate in the city.

According to the Israel Television News Company, the municipal council approved the expansion by 700 square meters (7,500 square feet), enlarging the second floor and the basement.

Israeli Minister Calls on Russia to Follow US in Moving Embassy to Jerusalem
Moreover, the United States plans to further enlarge the embassy in the future, with the new construction being only the first stage of expansion, according to the media outlet.

The relocation of the US embassy to Jerusalem, a city claimed both by the Israelis and the Palestinians, was met with violent riots at the Gaza Strip border. Over 60 Palestinian protesters were killed and more than 2,700 others injured by Israel security forces during the unrest on opening day, according to the Palestinian authorities.