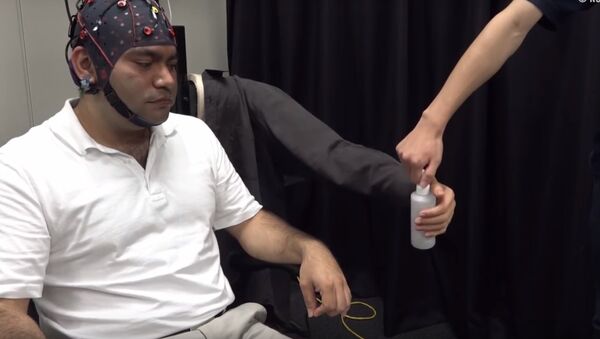 © YouTube/Sputnik
Subscribe
International
India
Africa
Japanese scientists have created an artificial "third hand", which could be controlled with the power of the mind, along with other hands.

Previously, scientists have proved that a person can control three hands simultaneously. To do this, they attached the prosthesis to a person who was forced to do various things. At the same time, a bottle of water was given to the prosthesis and then was taken away, and the person had to control it. After this experiment, it was possible to prove that a person is able to control three hands simultaneously.