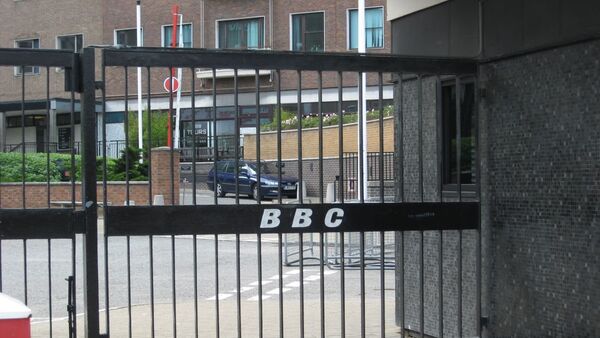 The BBC has been facing backlash after showing their true colors - the color of bias. A number of pro-Scottish independence sites vanished from YouTube after the BBC's office in London launched a flurry of copyright complaints against them.

Sputnik spoke with Stuart Campbell, the man behind one of the targeted YouTube channels, Wings Over Scotland.

Sputnik: Hi Stuart, you've been very busy since your YouTube account was suspended, but now your show is back online. Why do you think that YouTube has given you your site back?

Stuart Campbell: I'm really pleased that YouTube has just decided to obey their normal procedures, but I'm also pleased that the BBC have instigated this review, and have decided to take (hopefully) a more sensible approach to news based copyright issues.

Sputnik: What leads you to believe initially that the BBC's flagging of your site was a result of bias?

All these other people were using BBC videos, just the same way that we were — and in some cases, they were using much longer clips than we were. All of them got left alone, but the BBC came after a couple of independence sites. It's a bit suspicious looking.

Sputnik: What about Peter Curran? Your site is back up and running on YouTube, but his site, which is also quite actively informing about Scottish independence is still down.

Stuart Campbell: I would like to know why his site isn't back. But I don't know which actions he's taken, or which counter notifications he might or might not have filed on YouTube. I have certainly been trying to advise him on what I did. I can't see any excuse for the BBC not putting his site back as well.

Sputnik: Is this the first instance of BBC bias you have experienced?

Stuart Campbell: Half of my website's articles are probably about the BBC being biased in one way or another. The BBC has a profound institutional bias against independence.

It's not about individual journalists being unionist or pro-independence, or whatever, most of the journalists are just doing their jobs, in the way that they should do their jobs. But, Independence would directly cause the BBC to lose about 200 million pounds a year. That is a very significant vested interest for any organization to have in any sort of debate. You wouldn't have someone appearing on the BBC who had a 200 million pound interest in a company, being allowed to describe that company as if they were neutral about it. But that is exactly what the BBC does about independence.

BBC Was in Bed With the Government to Flush Out 'Subversives' - Archives
Sputnik: Your interview on BBC Scotland with Gary Robertson was very informative — but something came across at the end when Guy Robertson mentioned how BBC Scotland tried for a comment from the London branch 'but there was nobody available'. Is this suggestive of a conflict in communication between BBC Scotland, and BBC London?

Stuart Campbell: I very much get the impression, from various conversations I've had in the last few days that this was all done completely over BBC Scotland's head. I think they are all quite upset about that — for professional reasons, not political reasons. They haven't suddenly become in favor of Independence. They haven't suddenly become fans of Wings Over Scotland — but I think they're all quite annoyed that they've been dropped in this mess by London. I don't think they had any real knowledge of it until it happened.

Sputnik: Do you think that the exposure that has come from the BBC's latest spout of censorship will help your voice, and the other Scottish voices to be heard in the wider independence debate?

Stuart Campbell: That's exactly what my website has been trying to do for the last six years. To get our voice heard because it doesn't get a fair shout on the BBC. We can only hope that the self-examination they appear to be undergoing, on at least some level because of this incident, might hopefully improve it a little bit.

The views and opinions expressed by Stuart Campbell are those of the speaker and do not necessarily reflect those of Sputnik.