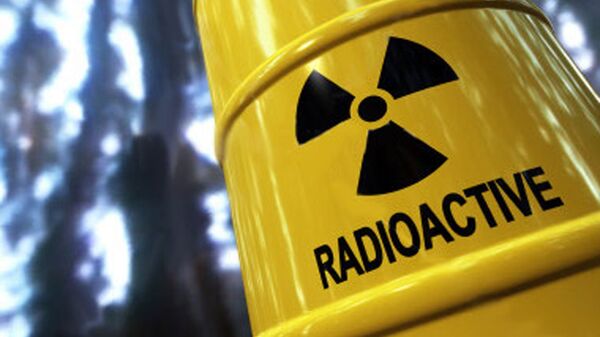 A proposed plan to transport highly radioactive nuclear waste about 400 miles by truck through the Midwest region of the United States carries the risk of contaminating the largest group of freshwater lakes in the world forever, Sputnik has learned.

Some 40 million people in Canada and the US rely on the Great Lakes of North America for drinking water, Kevin Kamps, who sits on the board of directors at Don't Waste Michigan, Coalition for a Nuclear-Free Great Lakes, told Loud & Clear's John Kiriakou and Nicole Roussell on Friday.

​A watchdog affiliated with Kamps' organization recently discovered an application filed with the Nuclear Regulatory Commission (NRC) requesting approval for the transportation of a whole lot of potentially toxic material from generators in LaSalle County, Illinois, to Port Huron, Michigan. 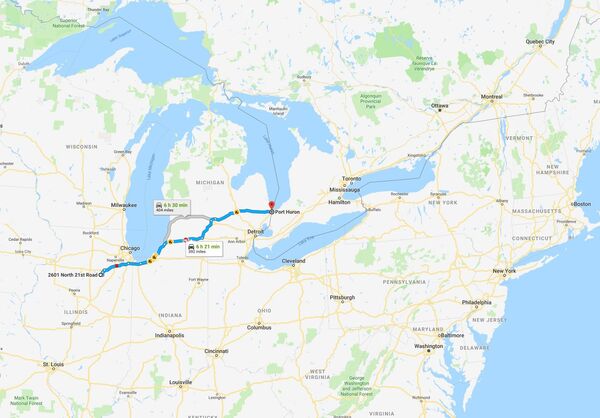 Map of Midwestern US
© Google Maps

However, because of the opaqueness of the NRC, it's unknown whether the nuclear waste will be shipped by barge, train, or truck after arriving in Michigan.

Secrecy seems to be woven into the NRC itself, a regulatory body with jurisdiction over the commercial nuclear industry in the US. The authorization request made with the NRC was "buried under a mountain of documents" on the NRC's online ADAMS library, Kamps told Sputnik.

There are "no clear answers" on why the nuclear waste is being shipped, or where it's going, he said.

"Groups concerned about the Great Lakes are asking, ‘Why is irradiated nuclear fuel being moved? Where is it going? What happens at the destination?'" according to a Friday joint news release from Don't Waste Michigan, Nuclear Energy Information Services, Beyond Nuclear and Great Lakes Environmental Alliance.

"The implication of the Port of Exit [at Port Huron] is that the waste would either continue by ground travel into Canada or be transferred for water transport on the St. Clair River and the connecting waterways to the Great Lakes," the groups said.

How the waste gets from Exelon's reactors in LaSalle to Michigan is an open question, and where it goes from there is concealed from public view as well.

"Barge shipment is possible. These are very heavy loads for one thing. If they use a rail-sized cask, we don't know for sure how big the cask is going to be. There is talk of a truck route — that would be a smaller sized cask. But if they use the rail-sized [cask], these things can weigh over 100 tons. So you can't take that down the interstate very easily. If they transfer from truck to barge, they could do it for various reasons: Ease of shipment, or because of the weight of the container. Sure enough, Port Huron is on the St. Clair River, it's on Lake Huron. Depending on where this is going — to Canada or overseas perhaps — that may be why they transfer it to a boat," Kamps said Friday just hours following the discovery of the nuclear waste shipments.

"Oddly, Port Huron is named as a ‘Port of Exit,' not a Point of Exit as is usually cited for road and truck shipments," the joint statement reads, noting that this "suggests a possible water route (though not confirmed) to an unknown destination."

According to Kamps, the danger posed by transporting the materials by water is significant. "If the boat were to sink, the containers approved by the Nuclear Regulatory Commission have inadequate criteria" for ensuring the secure transport of the hazardous materials they carry, he said.

"If the container is damaged, water can get in the container, and a critical mass forms in the high-level radioactive waste. There's enough fissile material in there — Plutonium-239, Uranium-235 — that in the presence of a neutron moderator like water, just like in an atomic reactor core, you could spark a chain reaction. That would make the releases worse to the Great Lakes, which provides drinking water for 40 million people in two countries. It would also make emergency response a suicide mission at that point because of the gamma and neutron radiation coming off of the nuclear chain reaction."

The NRC is in the process of reviewing the proposed shipment of nuclear waste. There is a 45-day review period, after which "the letter of acceptance (if it is accepted) will be found in ADAMS," a technical librarian for the NRC said in a July 25 email, two days after a vigilant monitor picked up on the proposed shipment by digging through 467 documents in the NRC's ADAMS online library.