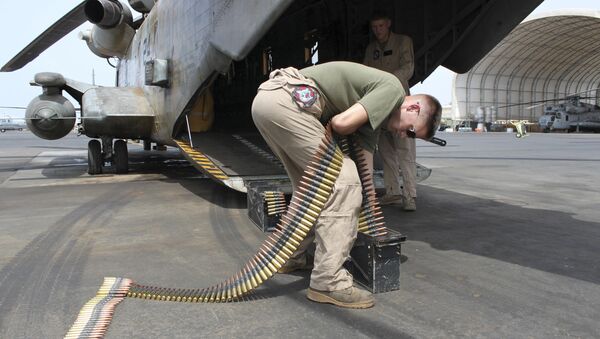 The US elite Special Operations Forces are deployed in about 12 African nations, including Cameroon, Niger and Somalia, where they help local authorities combat terrorist groups such as al-Qaeda* and its affiliate al-Shabab.

The Pentagon is considering mulling a substantial reduction of the US forces in Africa, CNN cited several US defense sources as saying on Thursday.

The plan, which was submitted to chairman of the Joint Chiefs of Staff Joseph Dunford, specifically stipulates drawing down US Special Operations Forces in Africa, which are tasked with tackling terrorist groups in more than ten African countries, including Somalia, Cameroon and Niger.

US Africa Command believes that the planned reduction is in line with the Trump administration's new defense strategy, which focuses on containing Russia and China "as opposed to counterterrorism missions", according to the sources.

At the same time, Pentagon spokesperson Maj. Sheryll Klinkel said that it is still unclear whether Secretary of Defense James Mattis will give the go-ahead to the plan.

"No decisions or changes have been made yet to the forces operating in Africa. The Department consistently reviews plans, operations and military investments across the globe to develop the best options that address the constantly evolving threat to US national interests," Klinkel pointed out.

In April, the commander of US special operations in Africa, Maj. Gen. Marcus Hicks, told CNN about the unstable security situation in the continent's West, pledging to help local authorities "degrade the enemies that we share in common."

"The al Qaeda- and ISIS-inspired threats in the Lake Chad Basin and here in the Sahel are very real and continue to grow in strength," Hicks warned.

Africa
Revealed: US Fighter Jets, Troops Have Been Deployed in East Africa Since July
In late January, Deputy Assistant Secretary of Defense for Strategy Elbridge Colby told reporters that the new US National Defense Strategy does not seek to stoke confrontation with either Russia or China but recognizes that competition exists between these countries and the United States.

US Defense Secretary James Mattis unveiled the strategy in a speech on January 19, when he stressed that its primary focus had shifted from fighting terrorism to great power competition, primarily with Moscow and Beijing.