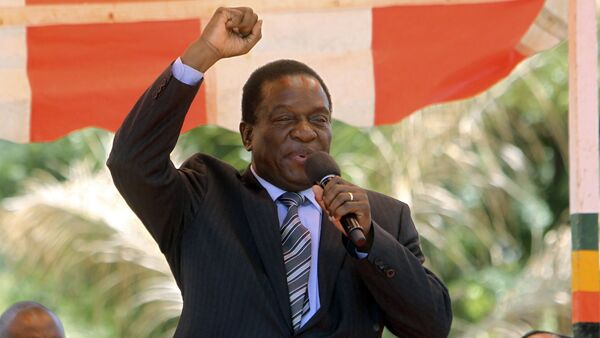 Parliamentary elections have ended with Zimbabwe’s ruling party Zanu-PF, in charge since 1980, winning an absolute majority of seats in the National Assembly, according to official results, although the figures are preliminary as there are still races to be counted.

"Zanu-PF gets 110 seats, while the MDC (Movement for Democratic Change) gets 41 seats," the state broadcaster ZBC announced, citing the election commission’s results.

The country's parliament consists of 210 seats, so 58 seats are still to be announced.

"We are very happy with the results. So far, it shows that the people of Zimbabwe have entrusted ZANU-PF to lead them and we will do our best to meet the people's wishes in the constituencies that elected us," ZANU-PF spokesman Nick Mangwana told reporters.

Earlier in the day, Zimbabwean Electoral Commission said that it would announce the results sometime tomorrow.

Zimbabwe's 'Political Terrain' Lopsided in Favor of Ruling Party - Analyst
A day earlier, Nelson Chamisa from Zimbabwe's opposition Movement for Democratic Change (MDC) stated his party's victory in the elections ahead of the publication of official results, adding that the MDC was ready to form a new government.

THANK YOU ZIMBABWE…I’m humbled by the support you have given to me as a Presidential Candidate. We have won the popular vote. You voted for total Change in this past election!We have won this one together. No amount of results manipulation will alter your WILL #Godisinit

​The presidential results have not yet been announced.

Almost 130 parties, including the ZANU-PF and MDC, took part in the parliamentary elections.