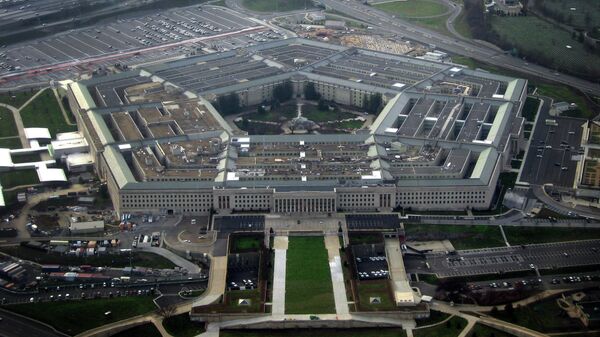 WASHINGTON (Sputnik) - The US Senate on Wednesday passed the $716 billion National Defense Authorization Act for the fiscal year 2019. The measure passed with an 87-10 vote and now heads to US President Donald Trump's office to be signed into law.

Last week, the House of Representatives passed the measure in a 359-54 vote. The measure also funds the Trump administration’s request for Ukraine, which included $250 million for lethal defensive items.

In addition, the bill adds $150 million to accelerate US efforts to field a conventional prompt strike capability before fiscal year 2022, in response to the critical advances Russia and China have made in developing their prompt strike hypersonic weapons.

US Congress Pushes Ballistic Missile Defense Program Based on Laser-Armed Drones
The bill also funds the Trump administration's request for $6.3 billion for the European Deterrence Initiative (EDI) to further increase the number of US troops in Europe and deter what it calls "Russian aggression." The bill, in addition, prohibits military-to-military cooperation with Russia.

The bill obligates US Defense Secretary James Mattis to submit a plan to Congress to ban Turkey from acquiring the F-35 aircraft to punish it for purchasing Russian S-400 air defense systems and for detaining US Pastor Andrew Brunson.

The bill will also include Countering America's Adversaries Through Sanctions Act (CAATSA) waivers for India, Vietnam and Indonesia.

The United States and NATO have significantly increased their presence in Eastern Europe since the eruption of the Ukrainian crisis in 2014. Moscow has repeatedly voiced its protest over the military buildup, saying that it will undermine regional stability and result in a new arms race.