US-Taliban Talks: Scholar Explains Why US Can't Do Without Pakistan's Help 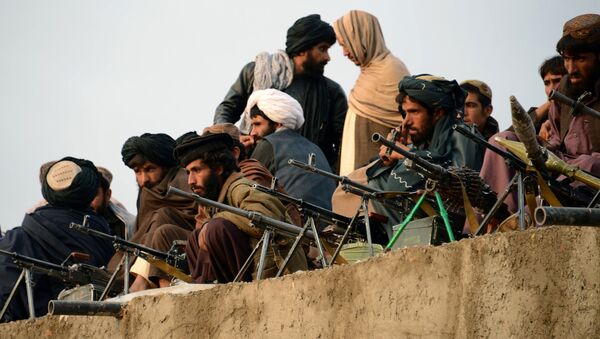 The face-to-face meeting between a US delegation led by Alice Wells, deputy assistant secretary in the State Department’s Bureau of South and Central Asian Affairs, and Taliban representatives has taken place in Doha, Qatar. Speaking to Radio Sputnik Dr. Rifaat Hussain, a leading Pakistani security analyst has shared his views on the meeting.

Sputnik: What's your take on the outcome of the meeting that took place in Doha?

Dr. Rifaat Hussain: The most positive outcome in my judgement is that both sides have acknowledged that that talks between the US officials and the Taliban delegation have taken place and they have not declared anything which will be subversive to the peace talks process. And as you know, the talks go back to 2015 and the Taliban has been insisting that in Abu Dhabi with the representation of the Afghan government they would like to hold talks. And both sides, as you stated in your initial statement, both sides have put a positive spin and hopefully this process gains traction. So I am quite hopeful that it will open the way for an overall peace settlement in Afghanistan. That's a goal we are a long-way off from, but I think that it's definitely possible. There are hopes of a brokered peace between the Afghan Taliban and the US and the ball is now completely in the US court.

READ MORE: ‘US Itself Is a Party to the Conflict in Afghanistan' — Think Tank

Sputnik: Shouldn't other countries, for example Pakistan and India, be involved in this peacemaking process?

Sputnik: Why did the Taliban insist on Afghan officials be absent from the meeting?

READ MORE: US May Not Accept Taliban Demand That All Foreign Forces Leave — Analyst

The views and opinions expressed by Dr. Rifaat Hussain are those of the speaker and do not necessarily reflect those of Sputnik.