Social Media Companies to Testify in US Senate Hearing on Sept. 5 - Senator 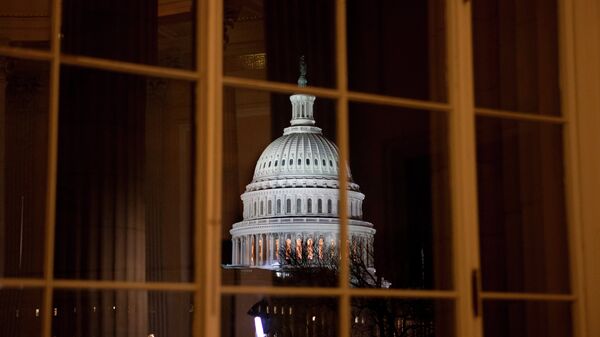 WASHINGTON (Sputnik) - Executives from multiple social media companies including Twitter and Facebook will testify at a Senate Intelligence Committee hearing on September 5 about their efforts to address foreign influence, the committee's Chairman US Senator Mark Warner said on Wednesday.

"We will be hosting senior executives from Facebook, Twitter and, yes, Google at a hearing on Sept. 5. To hear the plans they have in place, to press them to do more, and to work together to address this challenge. That’s because it’s only going to get harder," Warner said in his opening remarks at a committee hearing.

The announcement comes after Facebook said on Tuesday that it found and removed 32 pages and accounts linked to ongoing attempts to influence US political discourse ahead of the 2018 midterm elections. The company said it was still investigating the "bad actors" behind the alleged campaign.

Facebook came under fire for allowing the placement of political campaign ads allegedly linked to Russian entities during the 2016 election.

Moscow has repeatedly rejected all allegations of election meddling, characterizing them as attempts by US politicians and media to fuel Russophobic hysteria without presenting any real evidence.