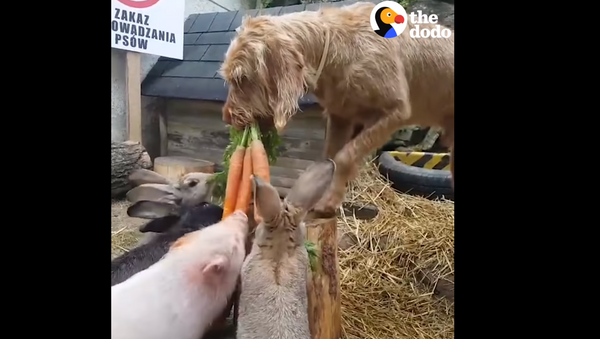 As Snoop Dogg once said, “ain’t no fun if the homies can’t get none.”

Though we know dogs are man's best friend, July 7 footage from Dahlem, Germany, proves that doesn't mean a pup can't have other pals!

Despite the sign in the background forbidding dogs on the premises, Kalle is clearly the exception, as she's seen bringing carrots for her farm friends.

Dangling the snacks in front of the rabbits, at one point the polite pooch finds herself in a tug-of-war match with a hungry hog. However, Kalle remains committed to the task at hand and lets the pig know who's in control of lunchtime today!