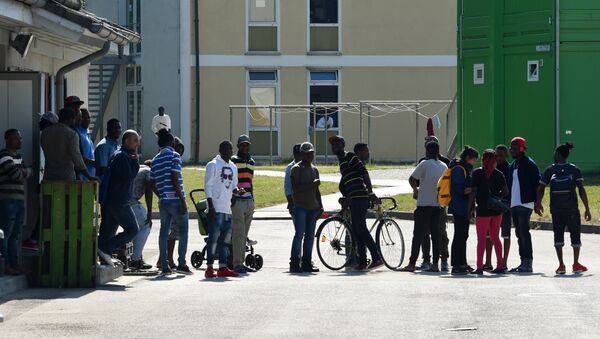 The first “Anker” (“Arrival,” “Return”) center has just opened in the southern German state of Bavaria to process migrants accruing in the country through the Austrian border, Deutsche Welle reported.

The idea behind the centers, which are part of the "migration master plan" proposed by German Interior Minister Horst Seehofer, is that asylum seekers will be kept there until their right to stay is determined.

Albania Refuses to Host EU Migrant Reception Centers - Prime Minister
Seven such centers, each holding between 1,000 and 1,500 refugees, will be built in Bavaria to make sure that all the relevant government agencies required to complete the entire asylum process are present at one site.

The plan has invited criticism from church groups, refugee advocates and opposition parties who describe the centers as deportation camps and warn that this could lead to the “ghettoization” of migrant communities.

The centers are the result of a last-minute political deal between Chancellor Angela Merkel and Interior Minister Horst Seehofer. His initial plan to turn migrants away right at the country’s border sparked a political crisis which threatened to unravel the coalition government of Chancellor Angela Merkel's Christian Democrats, their Bavarian sister party the CSU and the Social Democrats.

While Bavaria has agreed to host the migrant transfer centers, other German states have so far refused to follow suit.

European countries have been experiencing a severe migration crisis since 2015 due to the influx of thousands of migrants and refugees fleeing war and poverty in the Middle East and North Africa. The EU’s existing Dublin Regulation allows for migrants to be sent back to the country where they first entered the bloc.