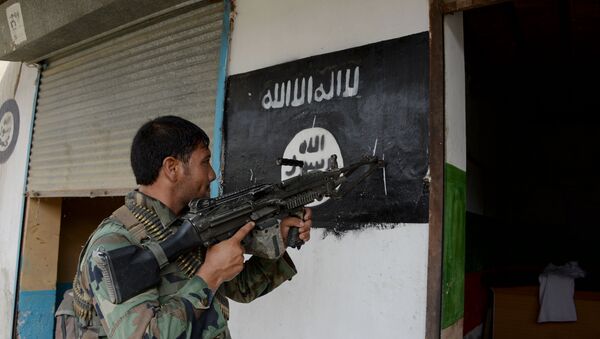 According to the Khaama Press News Agency, who cited a statement by the Afghan forces, the terrorists, including senior commander Mawlavi Habib Ur Rehman, surrendered in the northern Afghan province of Jawzjan on Tuesday night handing over their weapons and part of their military gear.

The news agency added that the Jawzjan province had been considered rather calm in terms of the terrorist activities, however, the situation worsened in the last few years with Daesh fighters operating in some areas of the province.

US-Led Coalition Enters Final Stage of Op to Clear Euphrates From Daesh
Earlier in June, President of Afghanistan Ashraf Ghani announced a temporary unilateral ceasefire with the Taliban for the period between June 11 and June 19 in order to to mark the end of the Islamic holy month of Ramadan, and the movement later joined the truce. However, other radical groups, including Daesh, continued their operations in the country.

The Afghan forces conducted several major US-backed operations against members of the Daesh branch in 2017 while also facing other extremist groups operating in the country and continuing to fight the Taliban insurgency since 2002.

Daesh, also known as IS/ISIS/ISIL, is a terrorist organization, banned in Russia.